With the ability to easily add audio and edit button configurations through the included SD card, as well as update the front button artwork quickly, the Audio Frame 15’s are the ideal audio point for this role.

The Forest of Dean in Gloucestershire is one of the few surviving ancient woodlands in England and is over 42 square miles in size. Protecting this lovely area is the Dean Heritage Centre which is a registered charity dedicated to “protecting, preserving and promoting the unique history and heritage of the beautiful Forest of Dean”.

The Dean Heritage Centre is comprised of a Museum, various trails around the woodland, a millpond and waterwheel, a reconstructed foresters cottage with garden and animals, a number of workshops and exhibitions for arts and crafts, a local produce selling gift shop, adventure playground and the Heritage Kitchen which is a restaurant serving home-made food.

With a number of things to do all year round the Dean Heritage Centre has helped make the Forest of Dean a popular tourist destination. 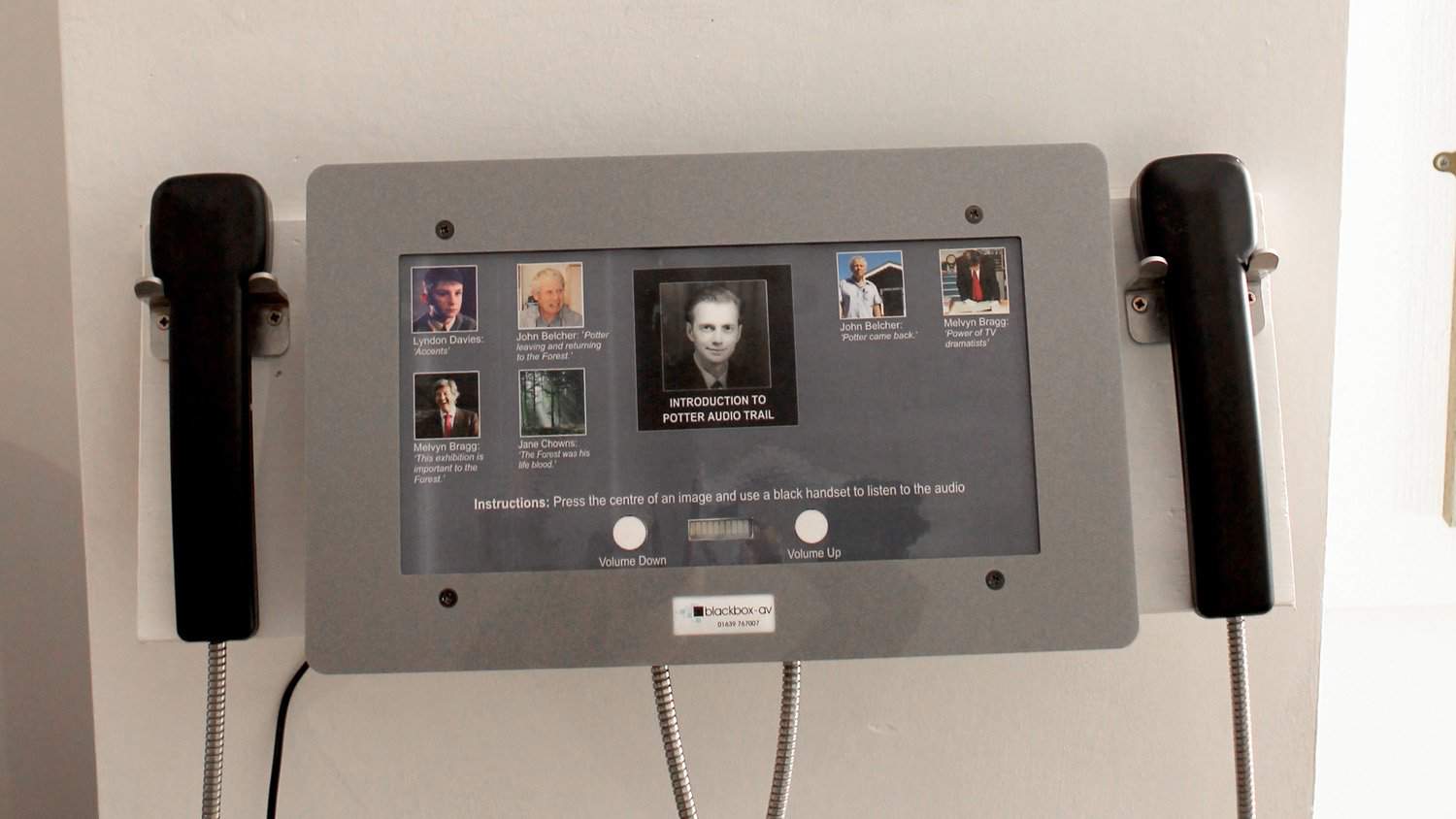 From 2005 the Dean Heritage Centre in partnership with other local groups and organisations worked towards a joint funding bid to purchase the complete archive of Dennis Potter, the English television dramatist, screenwriter and journalist, for preservation and display. In 2010 after successfully gaining funding from the Heritage Lottery Fund (HLF) and the Local Action Group (LAG) the acquisition or the Potter Archive went through unhindered.

Using this funding and the Potter Archive, the Dean Heritage Centre created the permanent Dennis Potter Exhibition and audio tour. The exhibition itself consists of the Potter archives, rare manuscripts which will be open to public viewing (upon appointment) once catalogued. An Audio Tour (which is where we come in), a reconstruction of a 1950’s living room, displays containing reproductions from the Potter collection and a number of galleries.

The Centre was originally interested in using handheld audio tours within the exhibition to help tell the tale of the Forest of Dean along with Dennis Potter and the significance he had/has concerning television and the media, including stories from people who knew and worked with him. However the limited scope of such an audio tour led the Centre to look into other options, such as audio points which could be listened to by more than one person at a time. The Audio Frame 15 stood out as one such listening point with the Centre due to the fact they can easily be edited and configured with different audio over time, as well as the fact two people at any given time (with the addition of a second handset) could simultaneously listen to and enjoy the oral histories within without causing additional noise pollution around the galleries.

Eventually 6 Audio Frame 15’s were purchased and installed throughout the galleries with the intention of being added to over time with clips from the Centres Oral History Collection. With the ability to easily add audio and edit button configurations through the included SD card, as well as update the front button artwork quickly, the Audio Frame 15’s are the ideal audio point for this role.