Each U-Turn was configured to play various audio clips in a number of languages, Welsh, English, French and German. Amongst these various clips is the origins story of the Bridge letting the world know in 4 languages how the Devil was tricked by an old Welsh lady.

The Devils Bridge Falls is a tourist attraction known the world over. Located 12 miles from Welsh seaside village Aberystwyth the falls get their name from one of the 3 bridges that cross it. The waterfalls and surrounding walks are an attraction by themselves although a huge tourist draw are the bridges and the story behind them, the oddity about the bridges is the fact they are built 3 high one on top of the other, there is also an interesting origin story that surrounds the original (and lowest) bridge.

The story goes that the lowest bridge was built by the Devil himself because it was too hard for mere mortals to do so themselves, he built it in a bid to trap the soul of the first living thing to cross it, that of an old Welsh lady. However the old woman managed to trick the Devil by having her dog cross the bridge first, the Devil was then so embarrassed that he was out foxed by an old lady that he never returned to the area again! 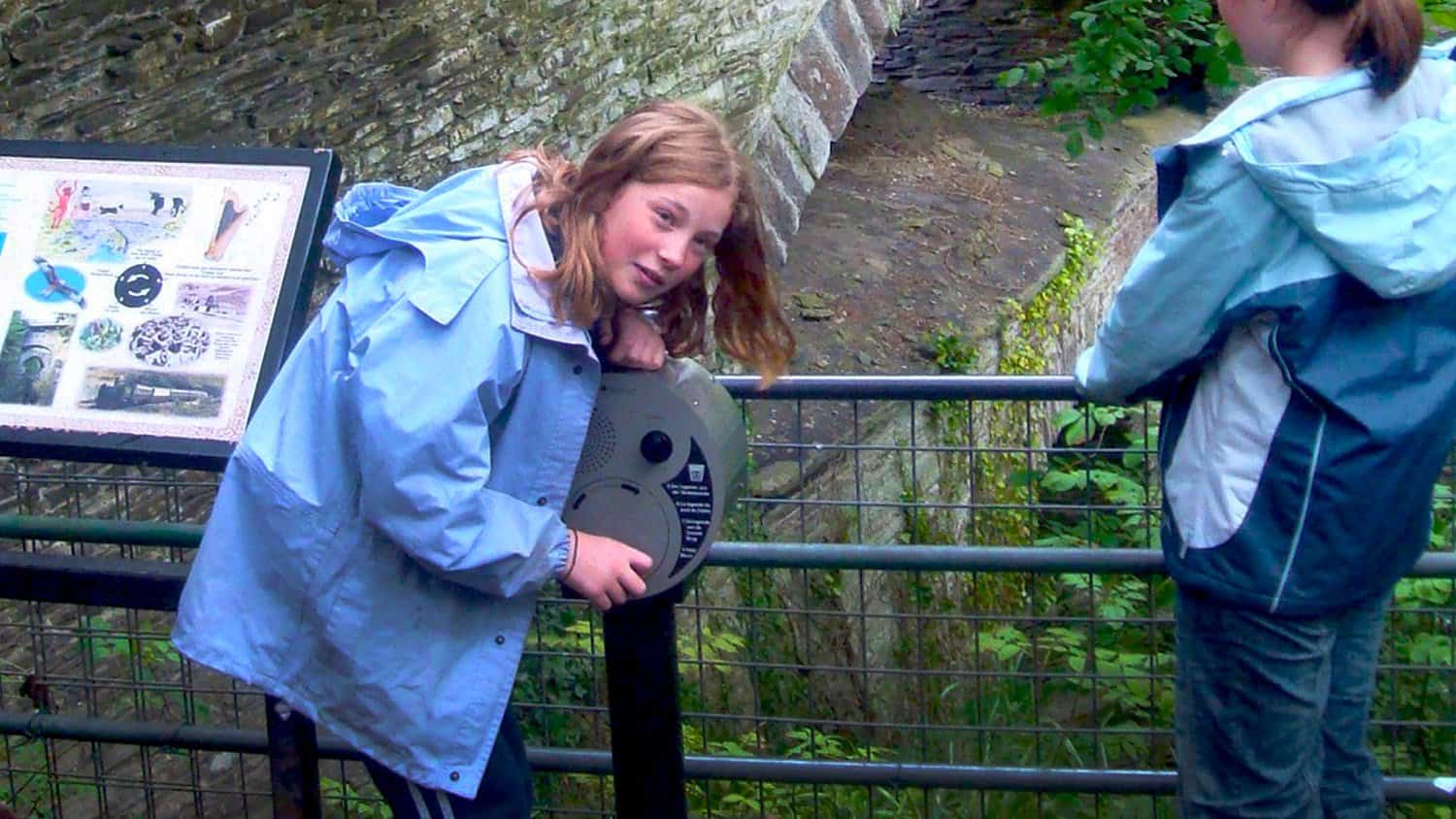 Victoria from ‘Woodlands Devils Bridge’ contacted us regarding our U-Turn audio points for use at the falls, allowing her to present visitors with a number of audio messages they could select and play. The location meant mains power was not an option while something vandal and (more importantly) weather resistant was a necessity. At the time our U-Turn version 2 was nearing completion but wasn’t quite ready yet so we supplied two U-Turn version 1’s, however we later replaced these for the newer and much improved current U-Turn. 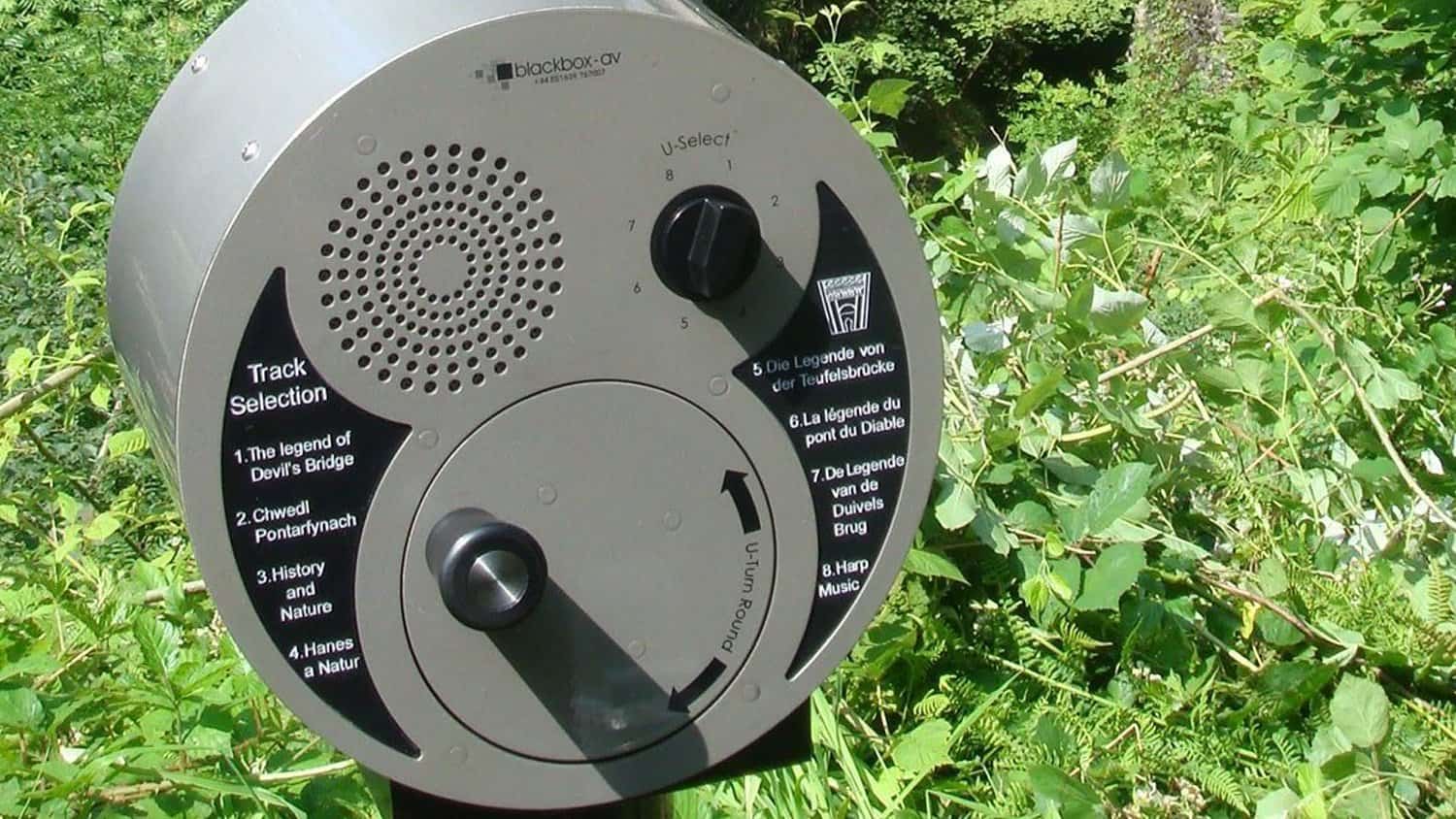 Each U-Turn was configured to play various audio clips in a number of languages, Welsh, English, French and German. Amongst these various clips is the origins story of the Bridge letting the world know in 4 languages how the Devil was tricked by an old Welsh lady! They were installed via in-ground mounts and had custom Batwings designed by us, we also pre-uploaded the content because Victoria had no intention of changing it in future, meaning a programmer was not required. 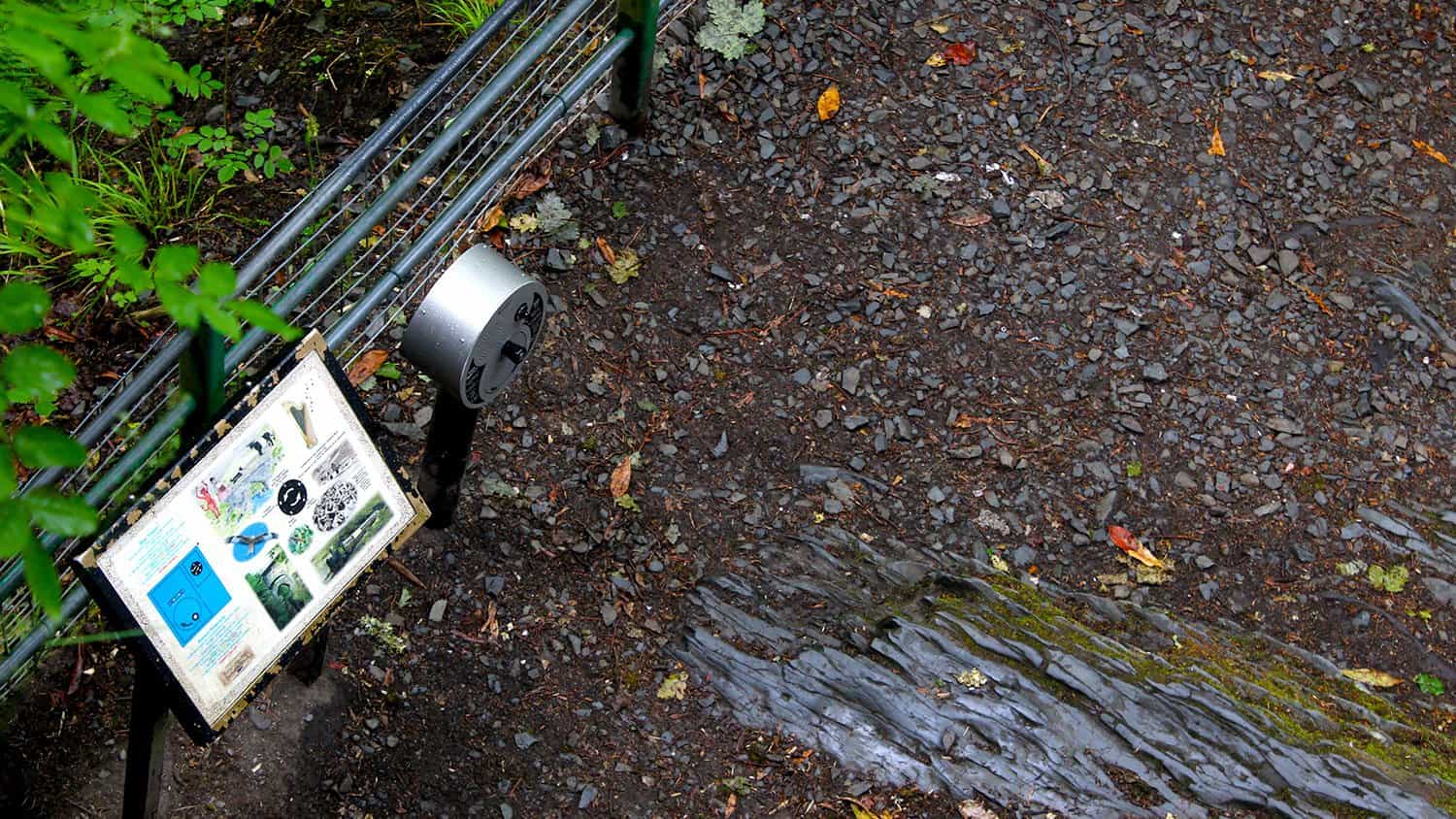 We are told that over a year later that both U-Turn Round products are doing well, operating as audio points and being enjoyed by the high number of visitors that explore the Devils Bridge Falls each year. We hope to hear the same news next year!