{
The fascination the projector displays elicit is very pleasing to see. Visitors tend to be drawn towards the projector wall as soon as they enter the room. Many comments have been overheard about how lovely it is to see the old footage of the town, and be able to reminisce.

Opened in October 1911 the Tees Transporter Bridge is the longest still operating transporter bridge in the world, connecting Middlesbrough to Port Clarence. Built at a cost of £68,000 (£6.5 million today) the transporter bridge is a remarkable feat of engineering, capable of carrying up to 200 people or 9 cars across the River Tees. 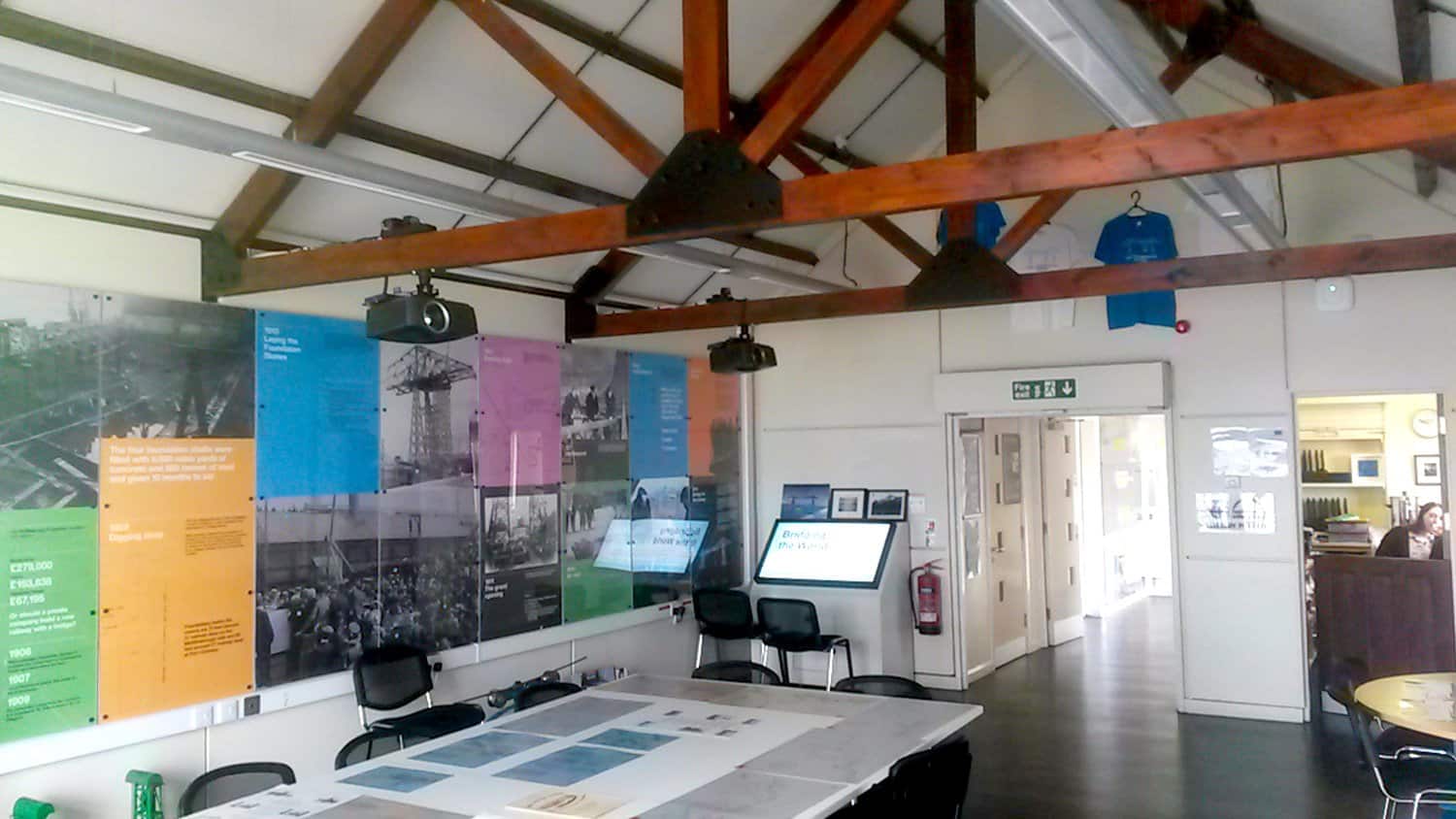 Local company Indigo Multimedia where commissioned to design and develop a new visitor experience at the Bridge – we were then in turn commissioned by Indigo to provide the audiovisual products, installation and expertise to make their concepts a reality. With a brief to ‘enliven and animate’ the available 9x5m space which is not only used as a visitor experience but for numerous functions by the community, indigo developed a plan that would convey to visitors the innovation and ingenuity it took to create the Transporter Bridge in 1911. The fundamental aim was to help visitors grasp how awe inspiring a mechanical bridge was back in the early 1900’s. 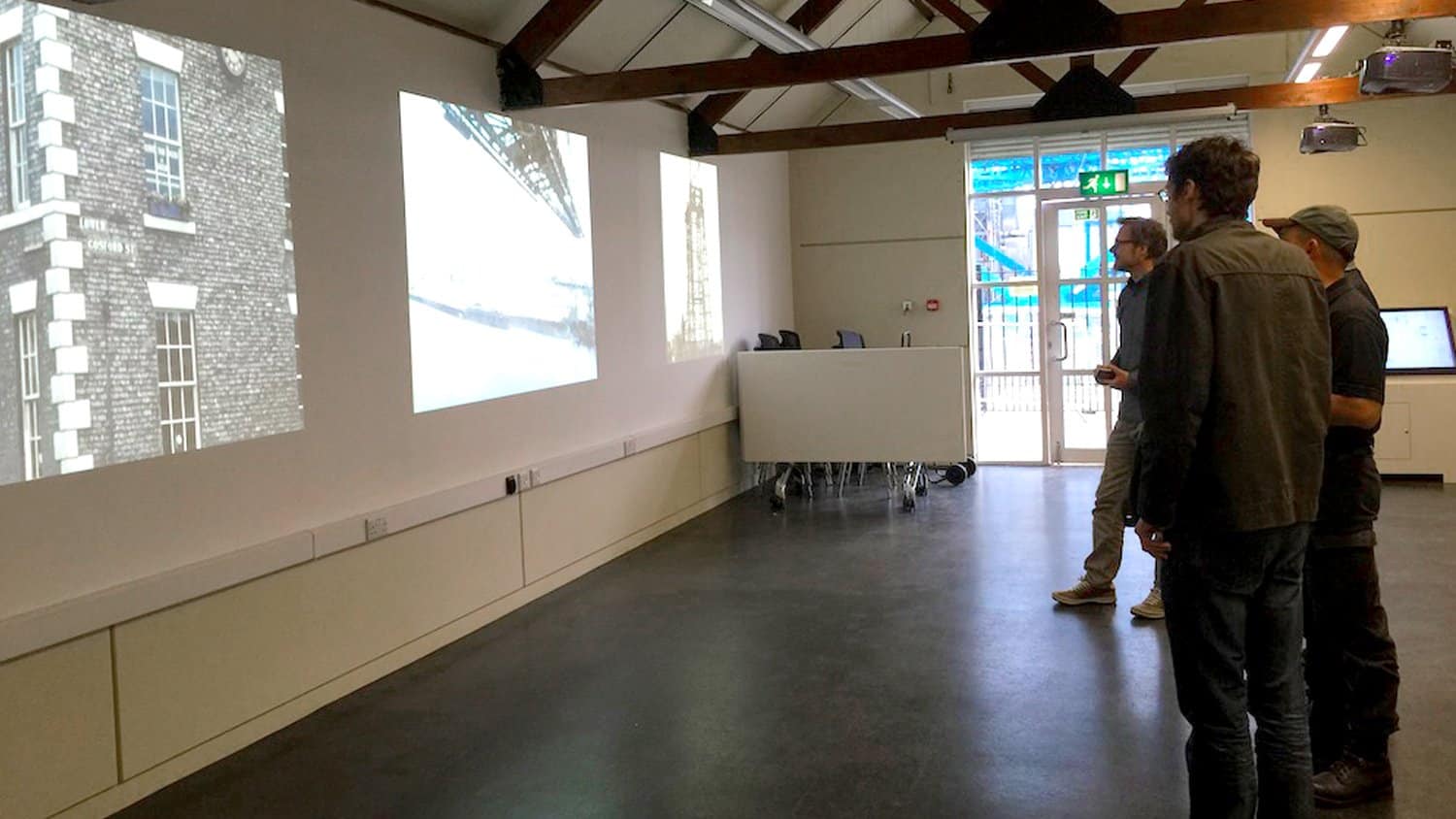 Archive footage is at the core of the interpretation strategy, utilising footage and photographs of the bridge throughout the last 100 years one wall of the exhibition space has been turned into an immersive moving history. 3 high lumen Optoma projectors powered by our HD media player display auto-start looping footage which was sourced by the North East Film Archive and even includes a film of the opening ceremony (always a visitor favourite when they notice a spectator fall into the river only to be fished out by a policeman). 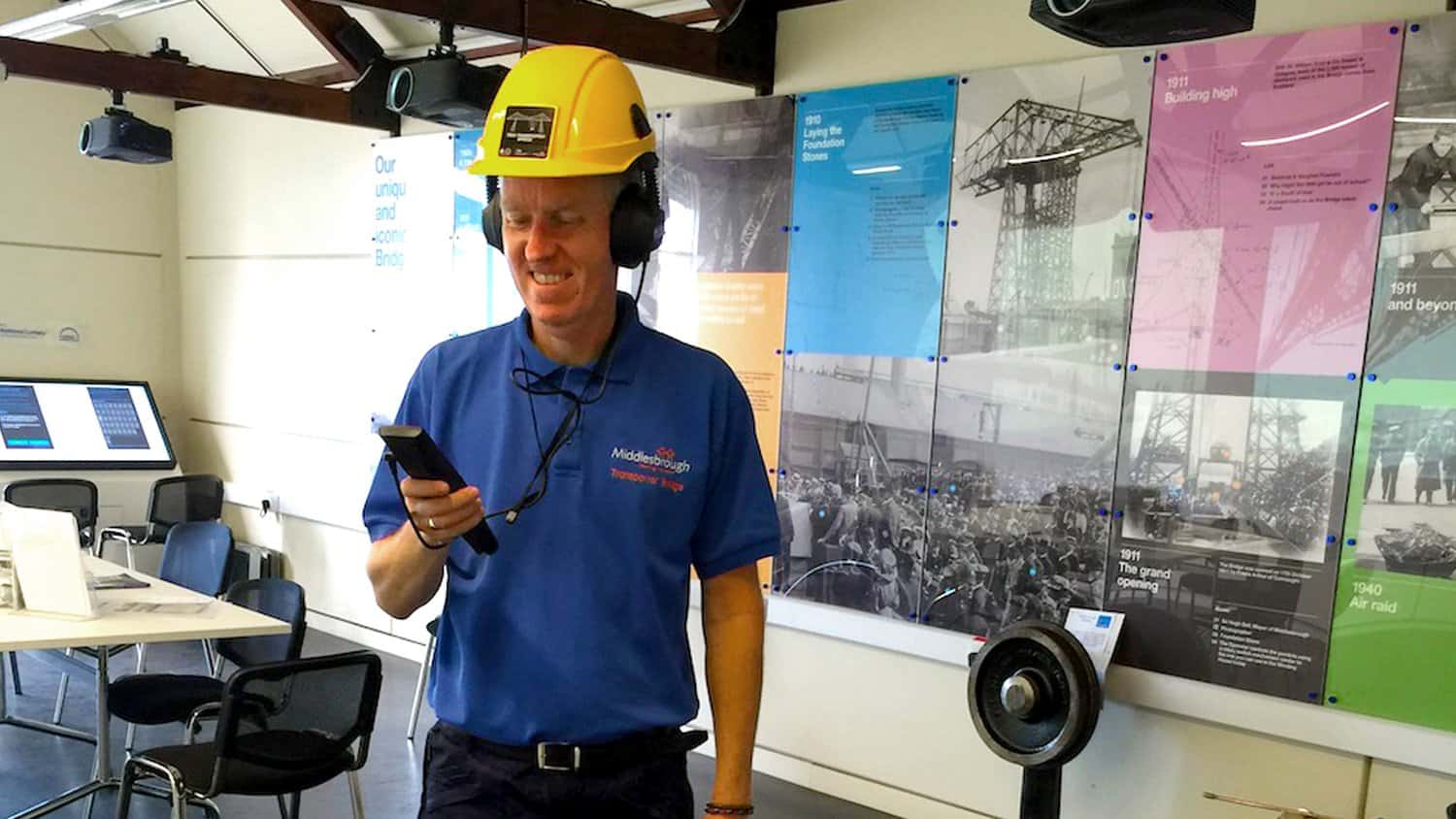 Interactive systems share further information via large format 42″ multi-touch screens built into bespoke housings provided by Indigo. 3 of these were utilised and further enforce the innovative nature of the Bridge via interactive software. Audio related to the archive footage is played via 2 ceiling mounted 302 speakers and powered with one of our amplifiers whilst an audio tour was also created using Audio Wands – designed mainly for school groups we developed a new Hardhat Headphone for use alongside the Wands, helping to create an immersive experience as classes take the tour and learn about the Bridges construction.

The visitor centre was developed as part of a Heritage Lottery Funded project which has also seen the bridges gondola renovated and the addition of a glass viewing lift to the 103 year old bridges upper walkway. The Transporter Bridge has become a popular destination since reopening, with the visitor centre and walking tour across the walkway a big hit with tourists and locals alike.

Message in a Speaker