{
Our single cup headphones with included hangers sit underneath a touchscreen supplied by Ugly Studios themselves where visitors can learn more about the type of music that was played in the chapel.

St Nicholas’ Chapel in King’s Lynn, Norfolk has undergone a huge refurbishment process made possible with a grant from the Heritage Lottery Fund. The chapel is the UK’s largest and has many historic links with Eastern Europe as it became one of the most important ports in the country back in the early 15th century. As part of the latest chapter in the building’s 715 year history, funding from the HLF and the local community has allowed the chapel to see repairs on the roof and brand new facilities such as toilets, heating and a new interpretive display that tells the chapel’s story.

With Ugly Studios overseeing the creation and installation of the interpretive centre they worked closely with The Churches Conservation Trust (who look after the chapel) to develop an interpretive space that would fit with the aesthetic of the chapel but give the space a modern touch. This is where we came in as we supplied a number of products for this project that would help to achieve this brief. 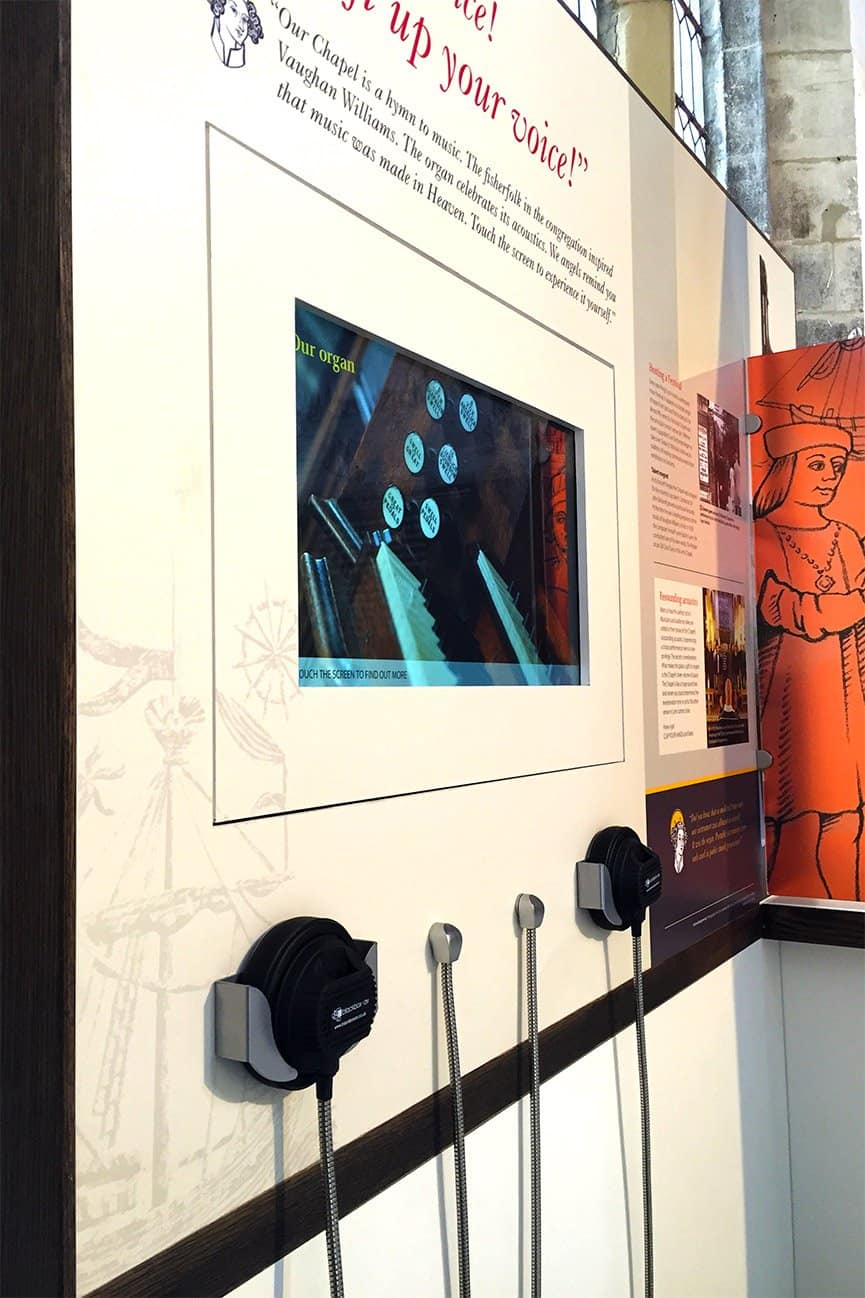 Our single cup headphones with included hangers sit underneath a touchscreen supplied by Ugly Studios themselves where visitors can learn more about the type of music that was played in the chapel. By picking a certain instrument on the touchscreen visitors can listen to the instrument play and hear extracts of church hymns. The Armour Cable Headphones provide high quality audio and long-lasting wear thanks to their rugged design, they were utilised alongside our headphone amplifier allowing the single output touchscreen to power two headphones. 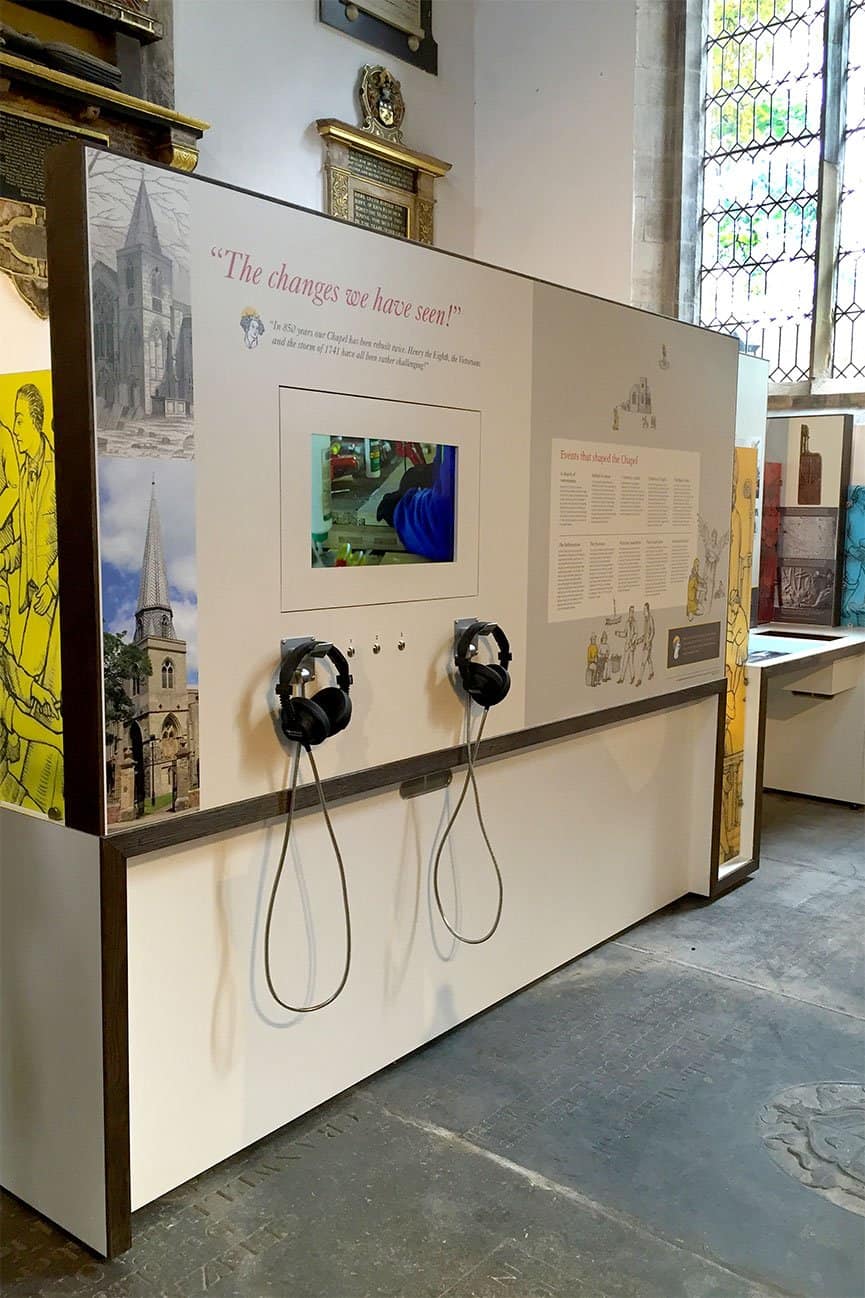 In the preservation section of the centre, our 22″ Open Frame Video Screen was utilised. With the built in media player and easy installation thanks to the fixing wings, it proved ideal. Visitors are able to select a video via buttons, each offering a fascinating insight into the chapel’s long standing history and how it has been preserved for future generations. Our Double Cup Headphones were used to provide audio.

Other highlights of the centre include an animated timeline of the Chapel’s history and a “Consistory Court” interactive game where visitors can accuse each other of crimes that were commonplace back in the 15th century, such as witchcraft. The new interpretive centre has managed to successfully bring the chapel (and its long history) to life and allowed visitors to delve into 15th century King’s Lynn.