The VideoFrame 12 is our all-in-one video solution, capable of playing up to 12 different videos along with an attractor screen. Users select which video to play via the front facing button panel which is easily customised to represent what content is available via the use of artwork (pictured above).

Howell Elfed Lewis was a famous Welsh minister, poet and hymnologist. Born in 1860 Elfed began preaching at the age of 13 and went on to serve various ministries throughout England and Wales. By the time of his death at 93 years old in 1953 Elfed had won two National Eisteddfod Crowns and a National Chair, he had served as Archdruid for 4 years and published several volumes of poetry in both Welsh and English. The most well known of which are ‘Rho im yr hedd’ (which is still sung at funerals to this day) and ‘Cofia’n Gwlad’ a song viewed in Wales as a second national anthem.

The small cottage of his birth found in Y Gangell, near Carmarthenshire Wales is now a modest museum dedicated to telling his story. Existing interpretation consisted of basic signage, a small audio player, leaflets and enjoyable conversation with the museum caretaker. However on being awarded some funding from various organisations including the National Trust, Natural Resources Wales and Carmarthenshire County Council, the Elfed museum was able to expand their interpretive efforts. This includes a new website (still under construction) and the addition of a VideoFrame 12, the content of which we were commissioned to provide.

The VideoFrame 12 is our all-in-one video solution, capable of playing up to 12 different videos along with an attractor screen. Users select which video to play via the front facing button panel which is easily customised to represent what content is available via the use of artwork (pictured above). 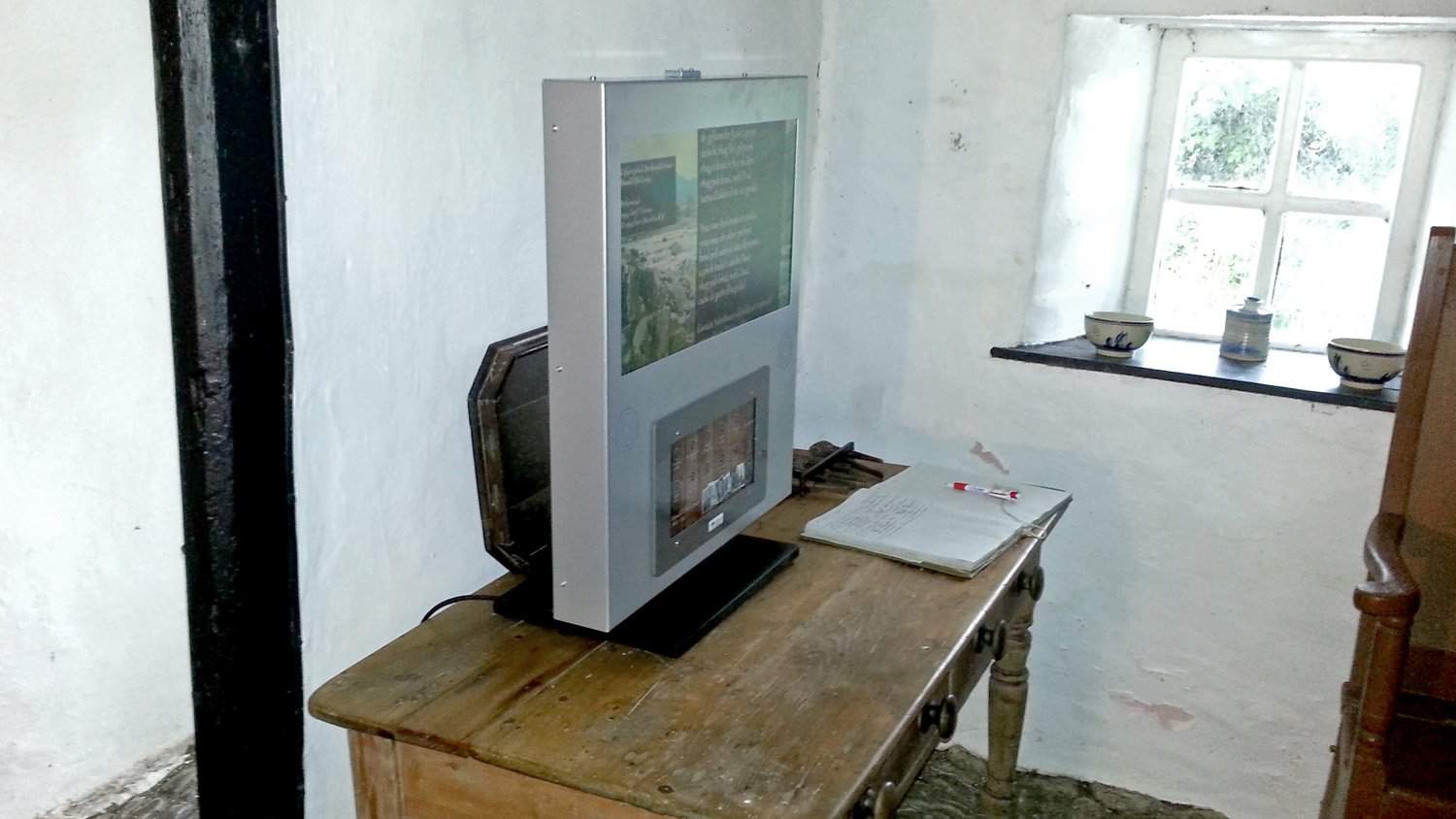 With only a small amount of content ready for upload onto the VF12, we were commissioned to flesh out the existing content and piece together a bilingual presentation that would give visitors a better understanding of who Elfed was and the story of his life. Through conversation with the client we decided how best to approach the content, charting Elfed’s life from his humble beginnings to his great works and final sermon before his death in 1953.

The resulting presentation adds a much needed audio visual touch to the available interpretation within the cottage. The video point not only provides some historical background regarding Elfed’s life but allows visitors to actually listen to ‘Cofia’n gwlad Benllywydd tirion’ as well as Elfed’s final sermon. Audio is always far more emotive than simple written interpretation. 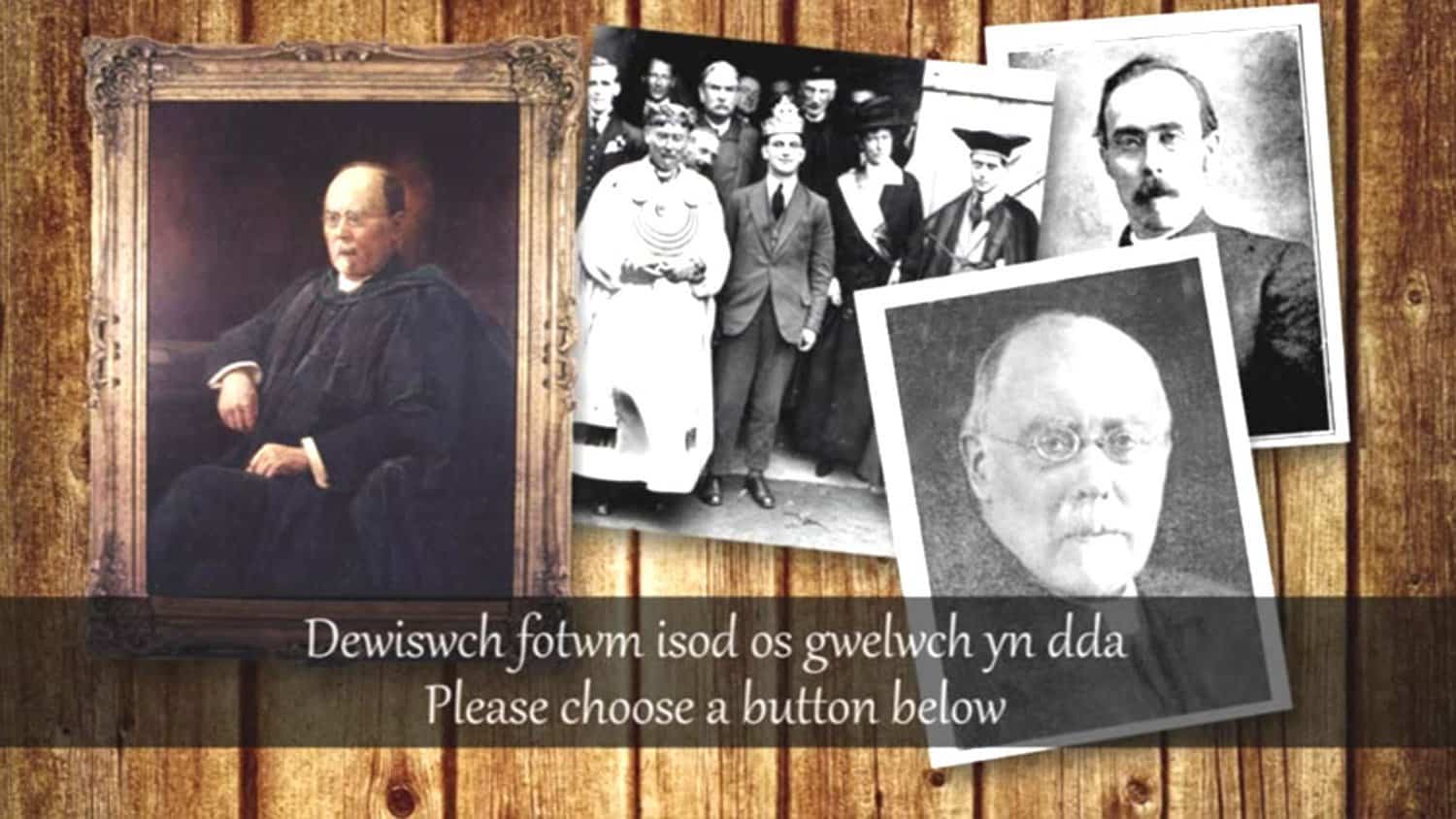