It features alongside a bench on the Connect2 cycle and pedestrian route, connecting Port Talbot to Cwmafon and the Afan Forest. The unveiling was attended by Rob Brydon’s parents, as well as Richard Burton’s brother Graham Jenkins.

A new scheme set up by Sustrans called Connect2 has helped to fund a new sculpture and audio tribute in South Wales. The aim of the scheme is to create safe and attractive cycle routes between Port Talbot, Cwmafan, Pontrhydyfen and the popular Afan Forest Park, connecting local people to their shops, schools, work and green spaces. This section of the scheme now boasts a tarmac shared user path to provide traffic free access between the two communities for cyclists and pedestrians. 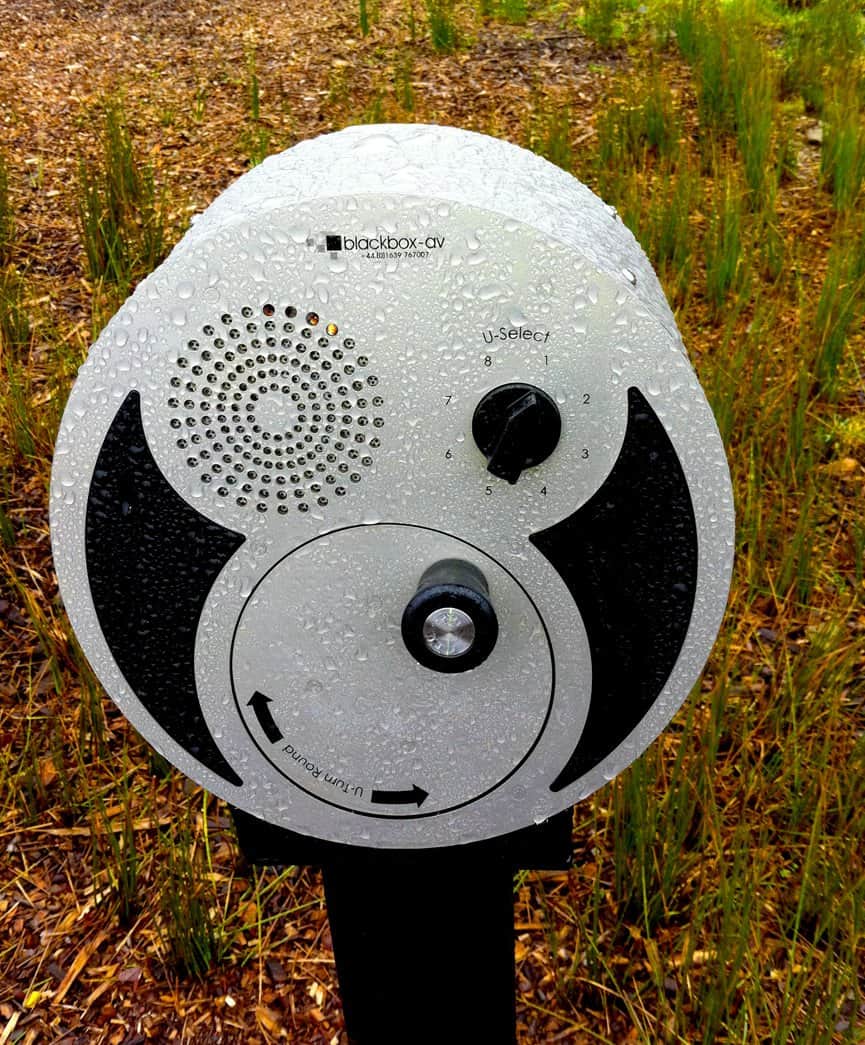 A portrait bench which welcomes people onto the trail features local acting legend Richard Burton, comedian Rob Brydon, head ranger in the Afan Forest Dick Wagstaff and a U-Turn Round.

The U-Turn Round was an ideal solution for this outdoor location with no mains power and it also fits the active lifestyle this scheme is helping to promote. The U-Turn plays back excerpts of Dylan Thomas’ Under Milk Wood, read by Richard Burton. 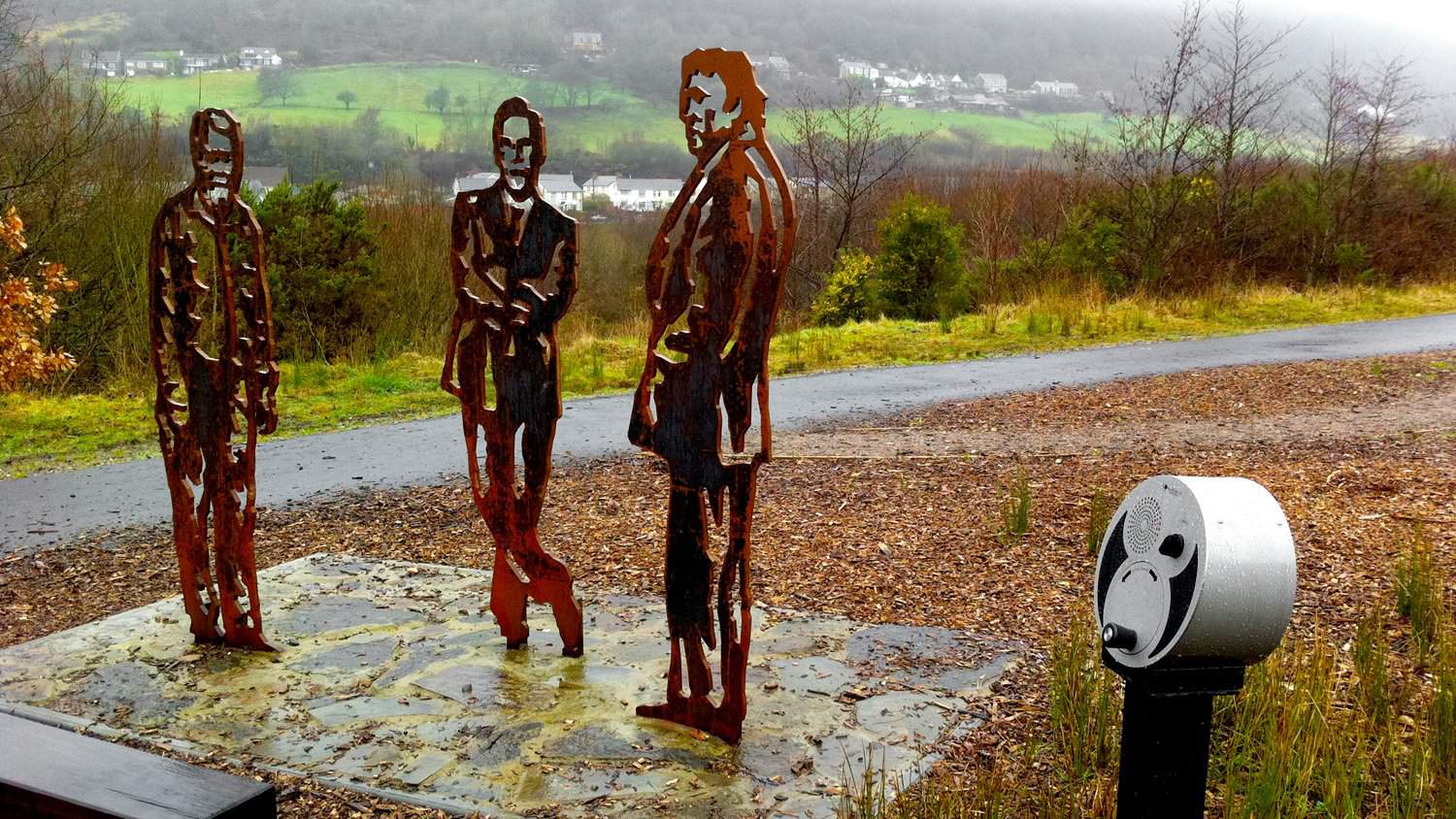 The U-Turn Round (as do all our external audio products) records playback statistics which means operators and installers can find out the number of times a unit has played a certain message. 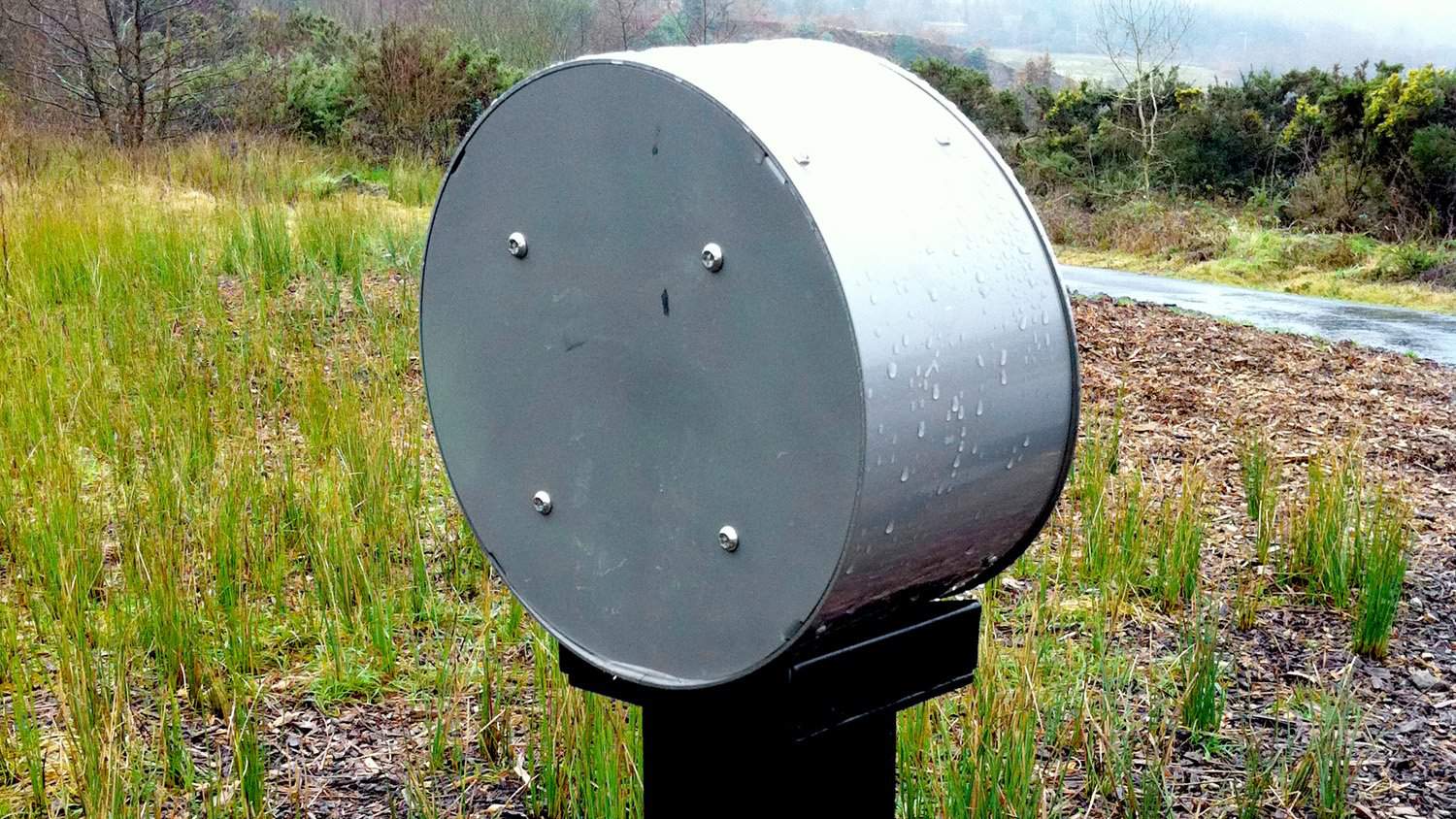 The sculpture in the Afan Valley, also features the image of Dick Wagstaff, Afan Forest Park’s head ranger. Mr Wagstaff said it was a “huge honour” to be chosen by the local community to be included in the “portrait bench” alongside the famous names.

The artwork is on the new Richard Burton Trail in Neath Port Talbot. It features alongside a bench on the Connect2 cycle and pedestrian route, connecting Port Talbot to Cwmafon and the Afan Forest. The unveiling was attended by Rob Brydon’s parents, as well as Richard Burton’s brother Graham Jenkins.

Mr Jenkins said: “This portrait is fantastic and I am very, very proud that my brother is a part of it… We were born in this valley and it’s wonderful that local people have chosen Richard, he would’ve absolutely loved this.”

The artworks are being created across the UK, in conjunction with transport charity Sustrans, by Staffordshire-based company Laser Process. Dave Lindsey, managing director, said: “It’s great to think that our work has got a little of the Hollywood treatment by being unveiled by the family of such a star as Richard Burton as well as the family of Rob Brydon”.