The U-Turn Round is wall mounted alongside the shelter and uploaded with 8 tracks selected to give visitors a taste of wartime Britain including sounds of a Lancaster Bomber, an air raid in progress, air raid sirens and the classic Winston Churchill ‘ Finest Hour’ speech.

Avoncroft Museum had the honour of being England’s first open-air Museum when it was set up in 1967 in order to prevent the destruction of a mid-15th century house. It’s now home to 27 relocated historic buildings including a fully working mill, a prefab house of the WWII era, an 1870’s cell block, genuine Anderson air raid shelter and the original Medieval Merchants house that prompted the establishment of Avoncroft Museum to begin with.

Some buildings are fully furnished with historically appropriate items and used creatively for educational purposes, with sessions available on site for school trips that tie in to the National Curriculum, helping children learn in an imaginative and exciting way. 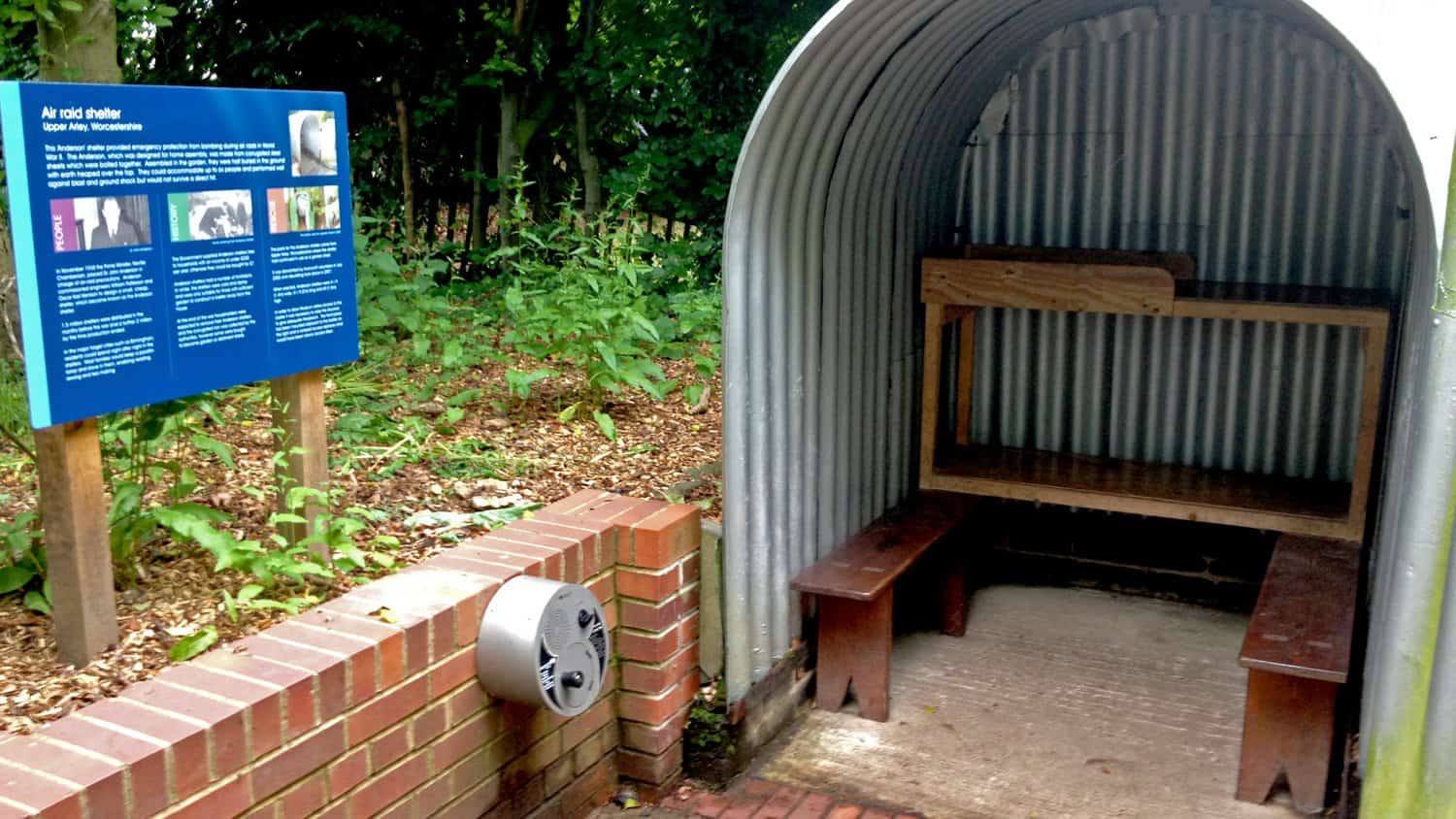 The Anderson air-raid shelter was designed in 1938 in anticipation for the outbreak of WWII, named after the man given responsibility for preparing the nations air-raid precautions, ‘Sir John Anderson’. Throughout the course of the war approximately 3.6 million were erected saving the lives of untold thousands.

Avoncroft Museum houses a genuine Anderson air-raid shelter amongst their extensive list of historic buildings, it plays a large role in their ‘child of the 40’s’ teaching sessions, offering a great insight into what life would have been like for children (and adults) who lived through the bombing raids of World War Two.

With these teaching sessions and the regular visitor experience in mind Avoncroft sought ways to introduce audio into the outdoor Anderson exhibit. The U-Turn Round audio point was an obvious choice, offering up to 8 tracks whilst remaining completely self powered and boasting a robust steel housing it not only fulfilled the audio requirements of the project but also looked the part, aesthetically fitting in very nicely with the Anderson Shelter. 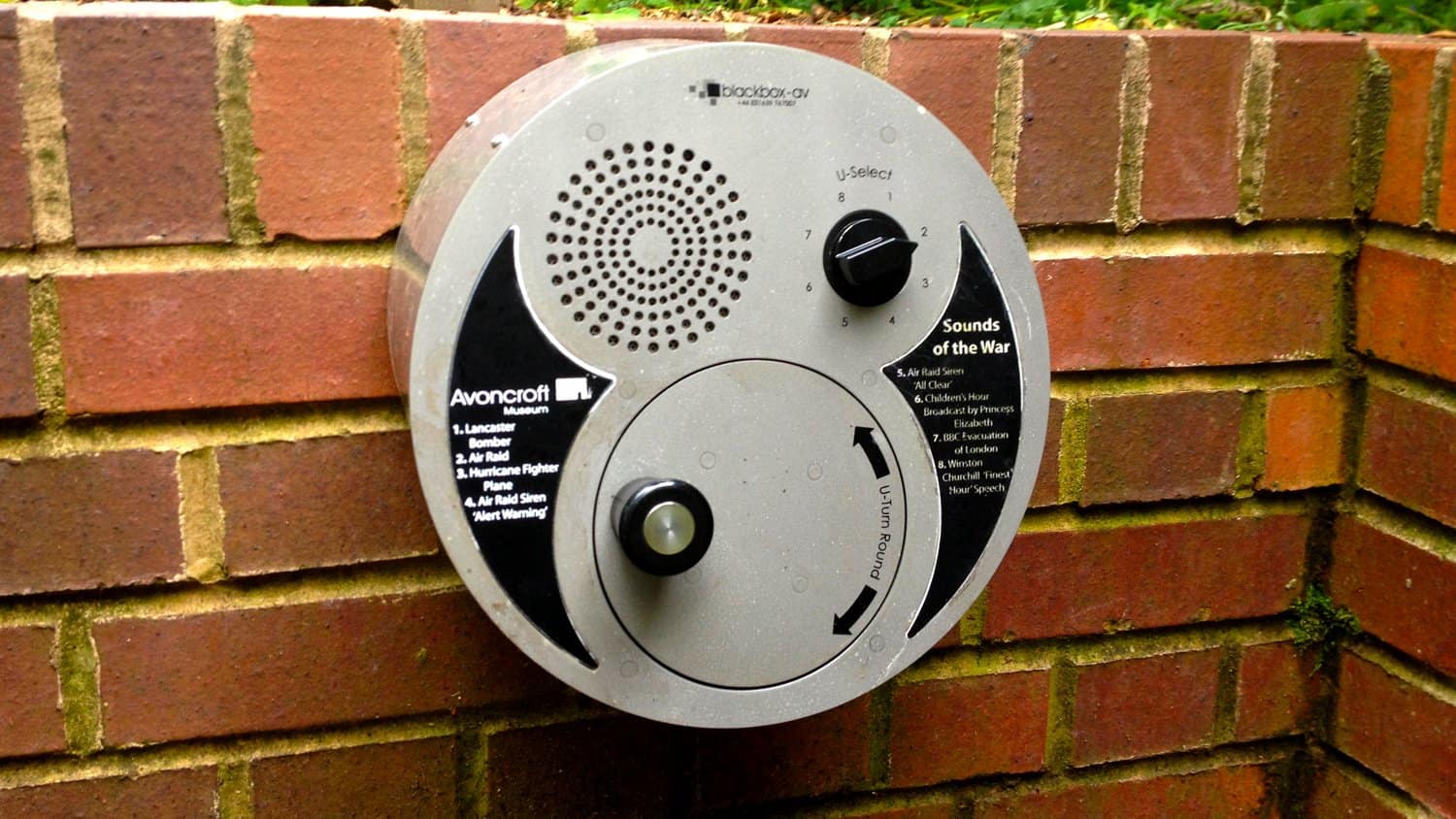 The U-Turn Round was wall mounted alongside the shelter and uploaded with 8 tracks selected to give visitors a taste of wartime Britain including sounds of a Lancaster Bomber, an air raid in progress, air raid sirens and the classic Winston Churchill ‘ Finest Hour’ speech.

The effect was instant, the sounds of a Lancaster Bomber or air-raid sirens echoing off the corrugated steel walls really helps visitors envisage what it may have been like during the early 1940’s.