{
One of the main attractions within the exhibit was The Flushing Lavatory interactive, where users can learn about where waste goes throughout the system. Visitors pull the chain, which activates a flushing sound from our SoundClip-2, then lights travel through the system showing where the waste would go. 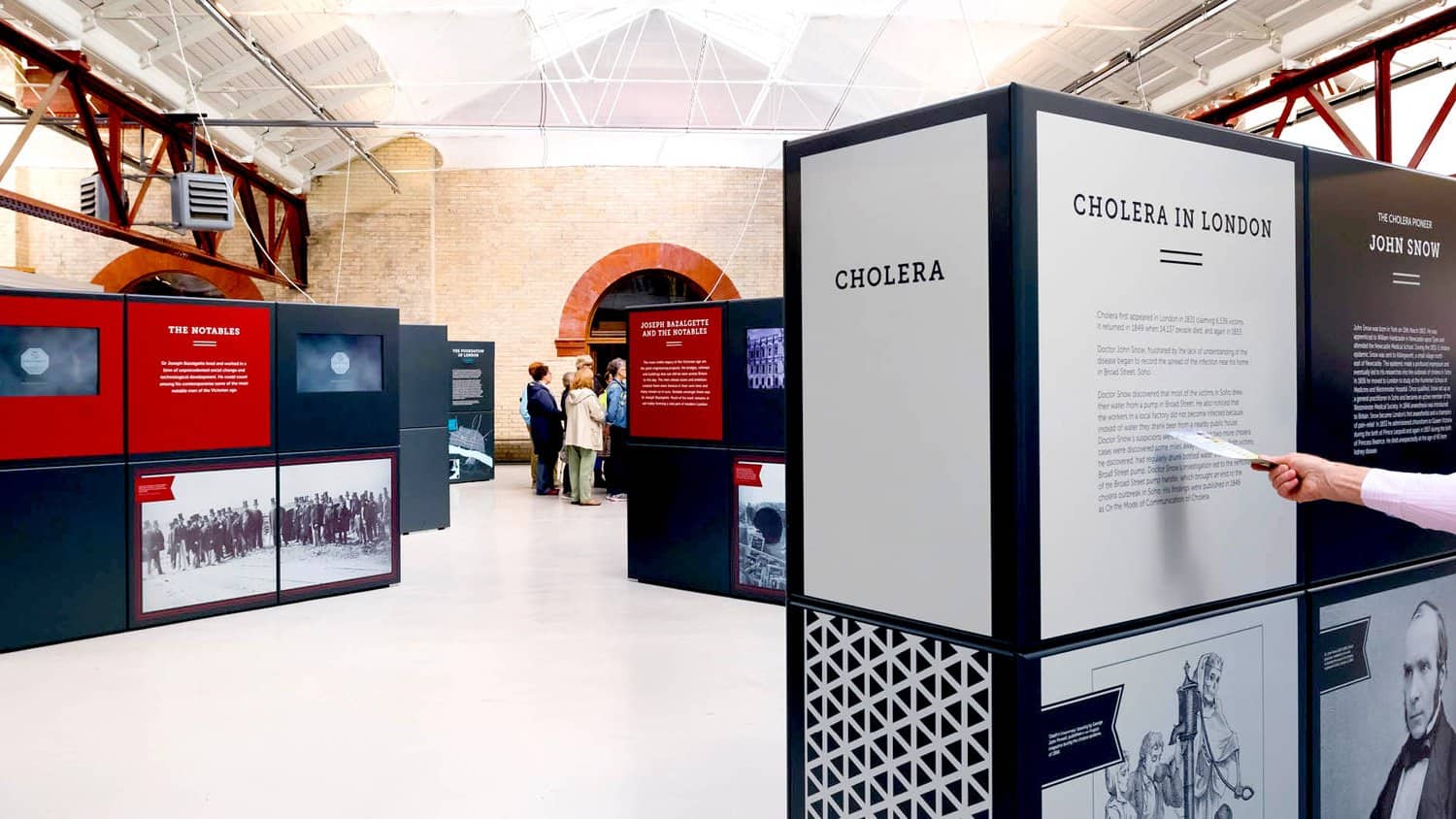 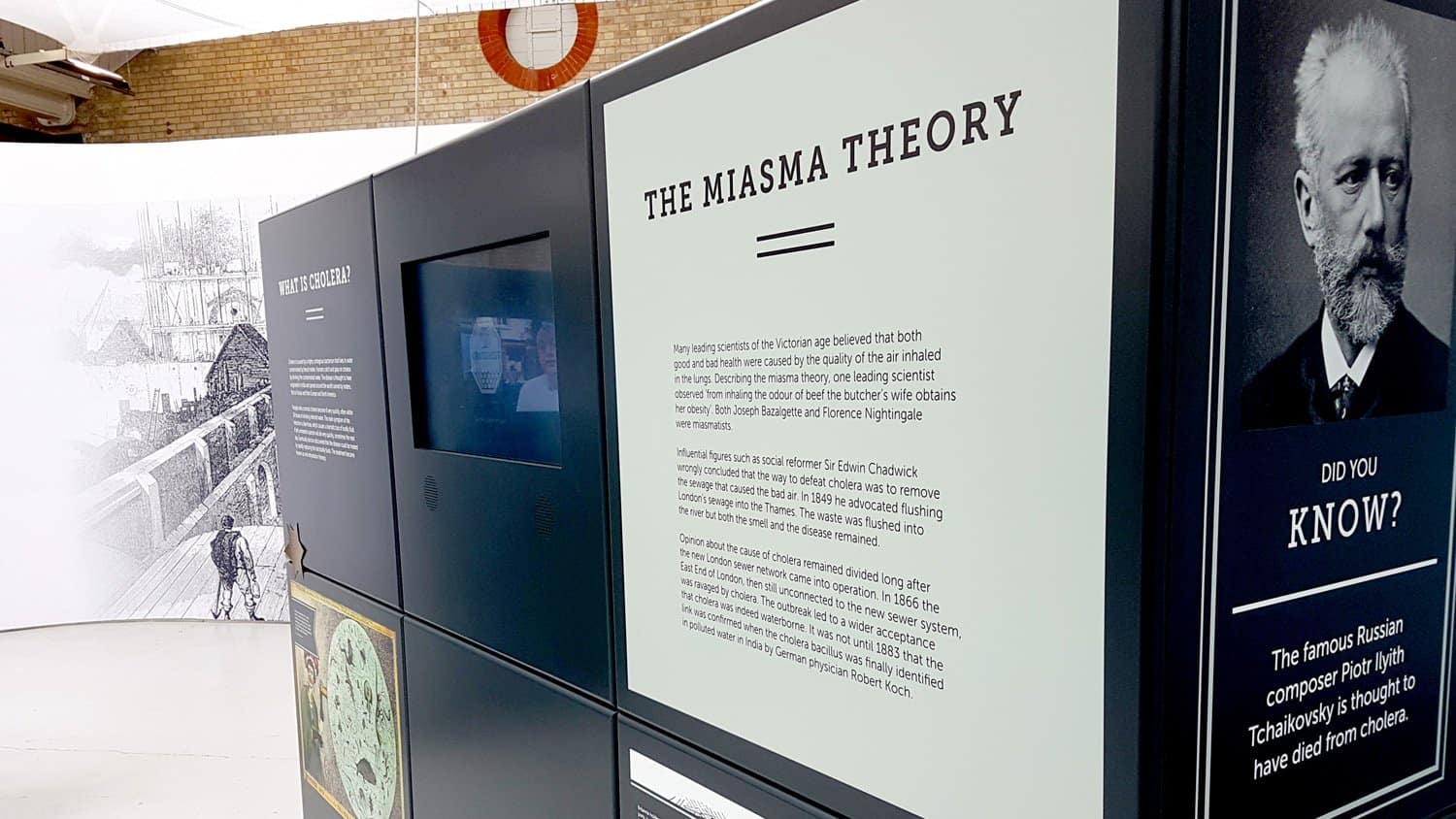 Crossness Pumping Station is regarded as one of the most spectacular examples of modern Victorian engineering. Being home to four rotating beam engines (one of which being the largest working engine in the world), the station was built to combat The Great Stink of 1858, which claimed the lives of over 40,000 London residents. The station was abandoned in 1956 and got picked up by the Heritage Lottery Fund in 1970 for restoration. After much work, the pumping station was finally opened as a heritage site in July 2016. 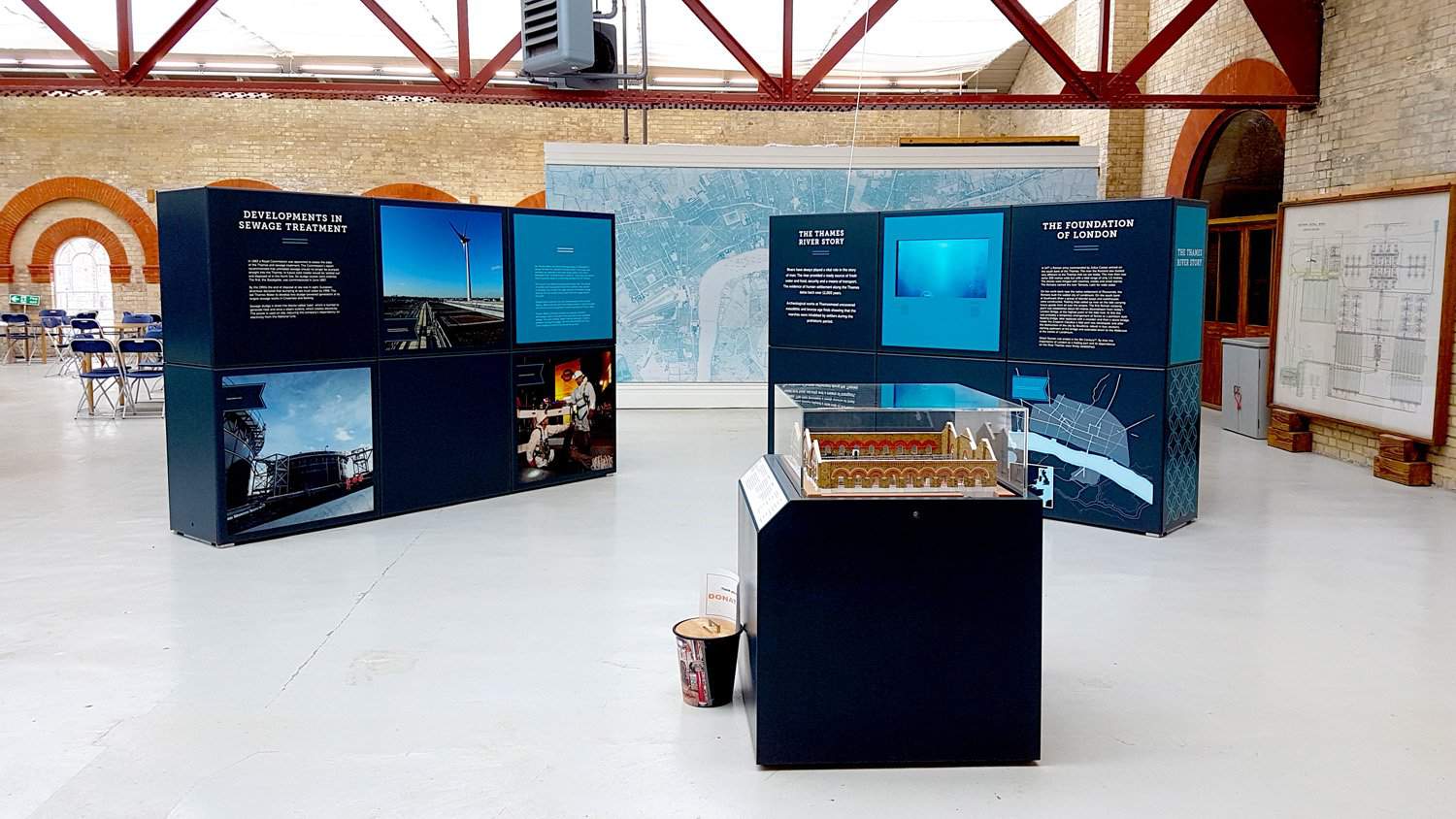 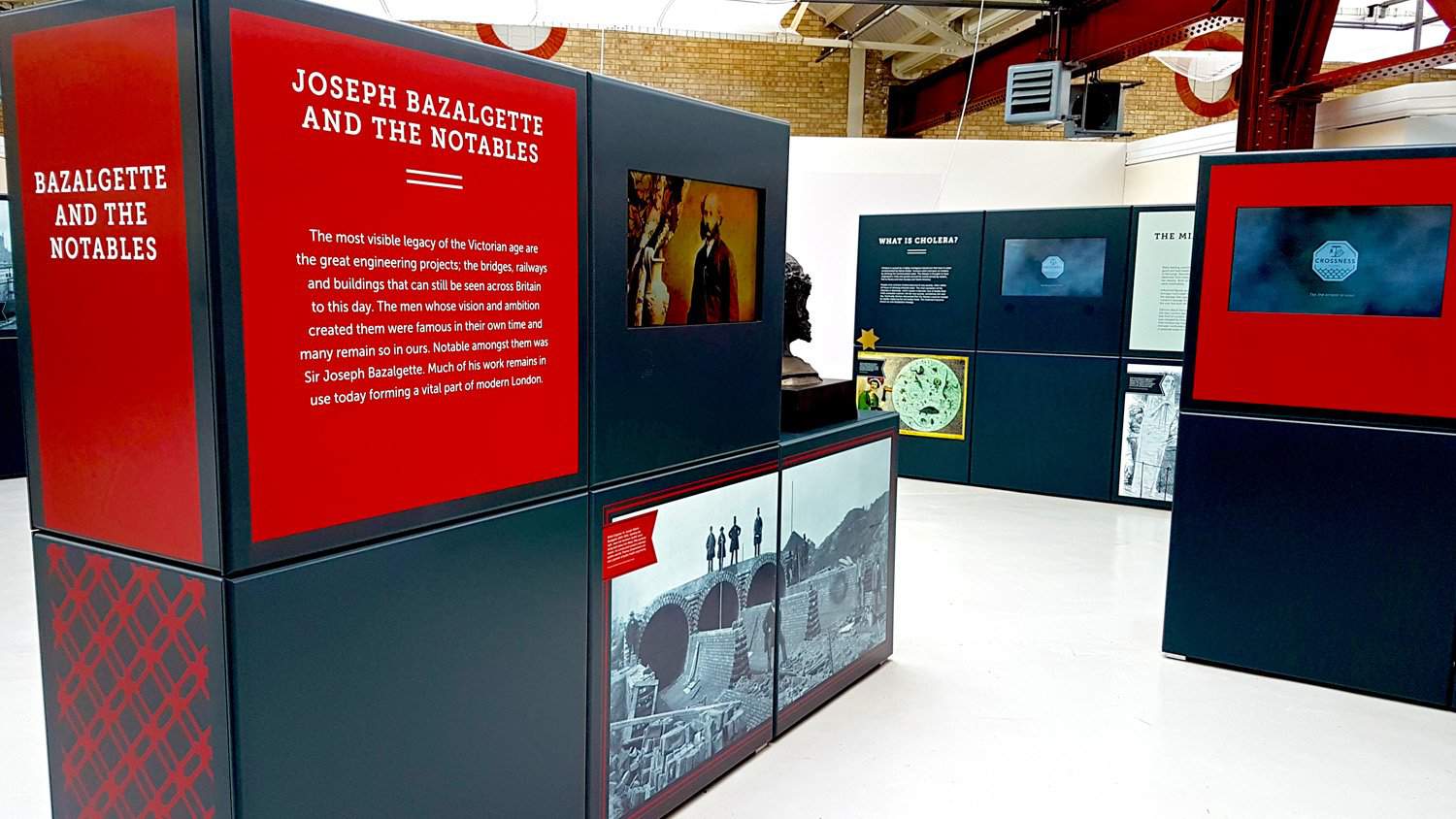 We were approached by Crossness to supply a mix of standard and bespoke AV for a new exhibition centering around The Great Stink and the subsequent creation of Crossness. We supplied a wide range of our products that met their needs, each with a unique function within the exhibit. With Panellock Displays and Designmap in charge of the exhibit’s design, the end result was an informative and visually pleasing way to learn about The Great Stink. 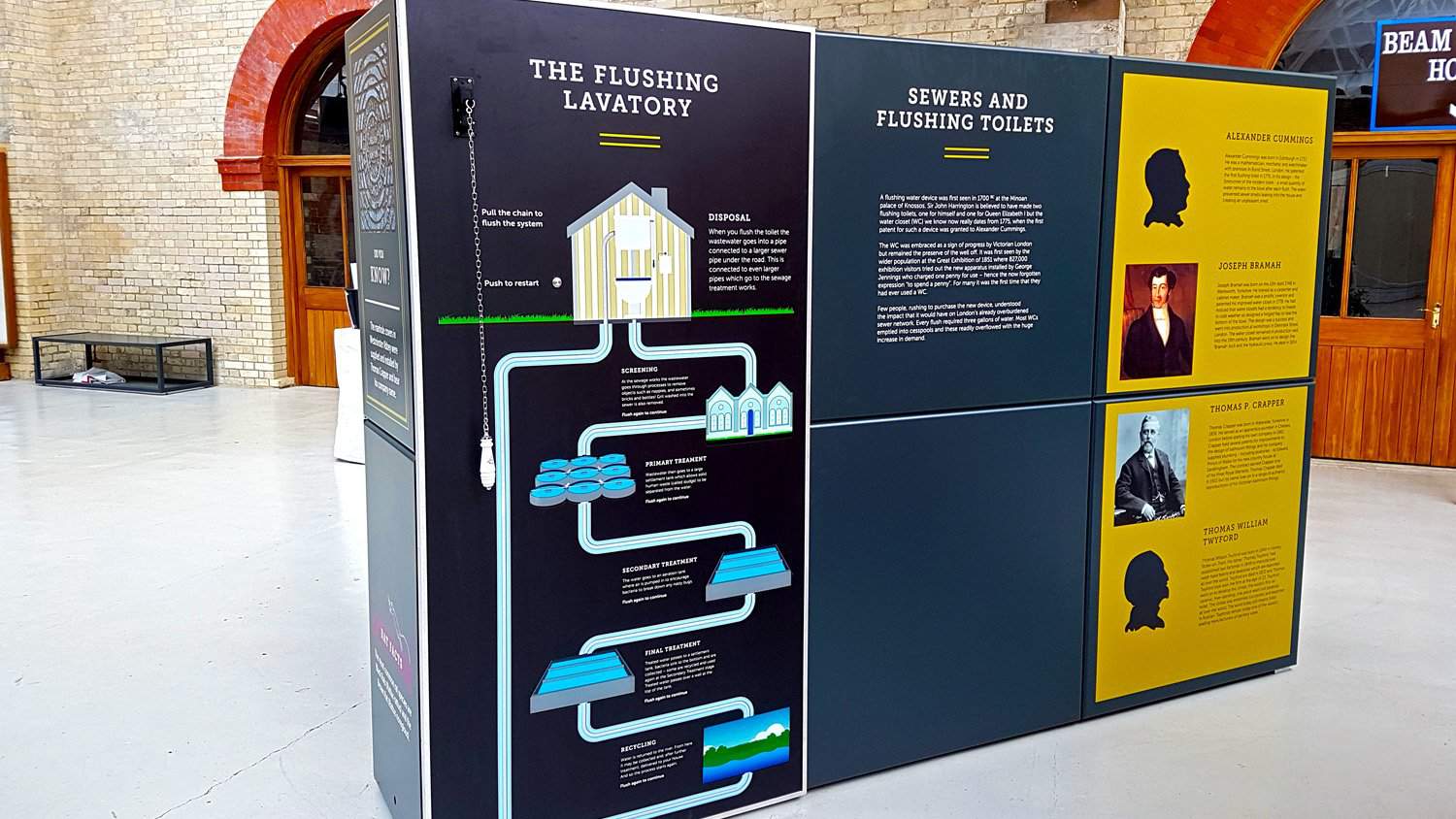 One of the main attractions within the exhibit was The Flushing Lavatory interactive, where users can learn about where waste goes throughout the system. Visitors pull the chain, which activates a flushing sound from our SoundClip-2, then lights travel through the system showing where the waste would go. As the waste travels, visitors pull the handle again to move onto the next destination. There’s also the option to restart the system with the push of a button when complete. 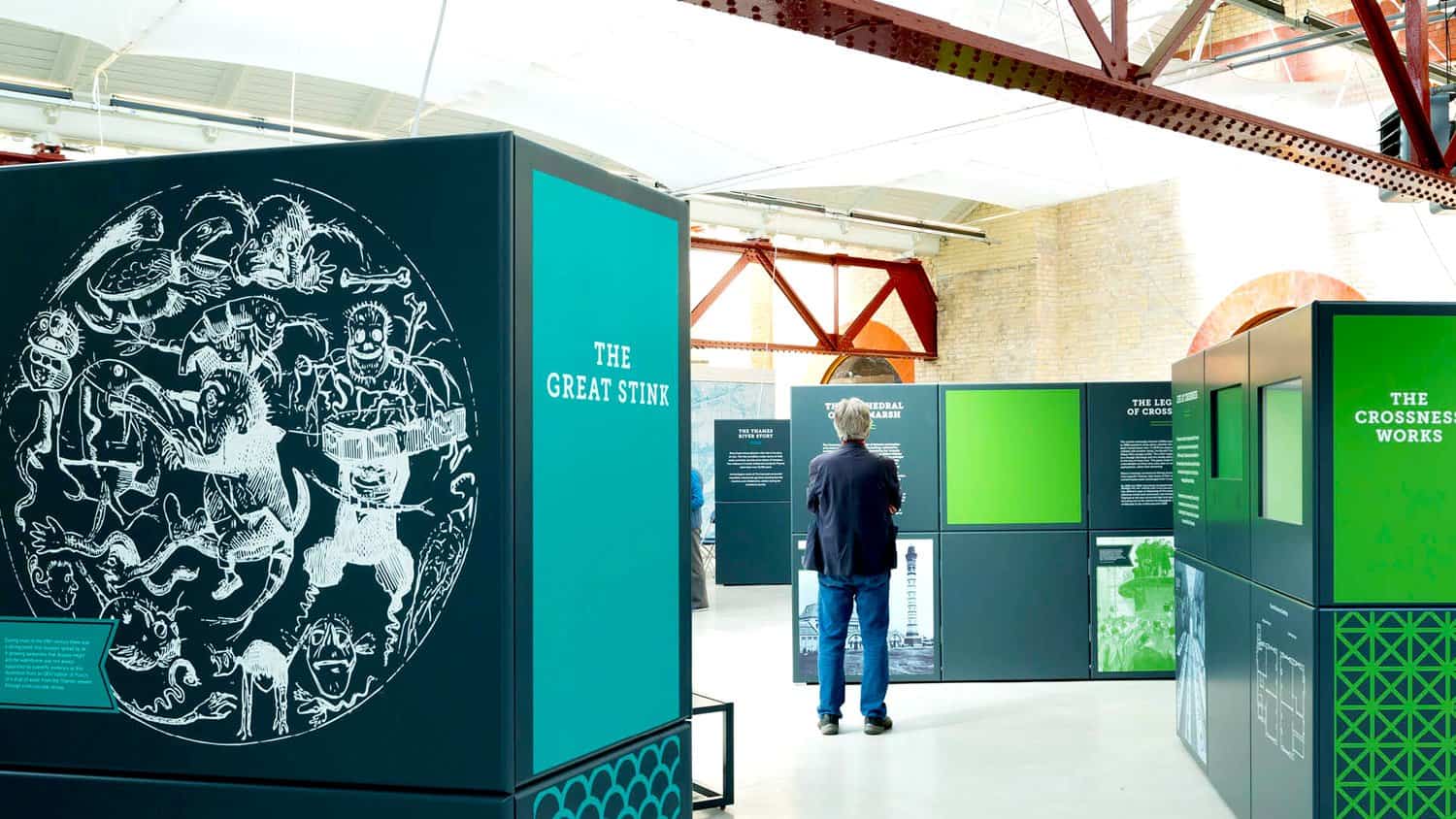 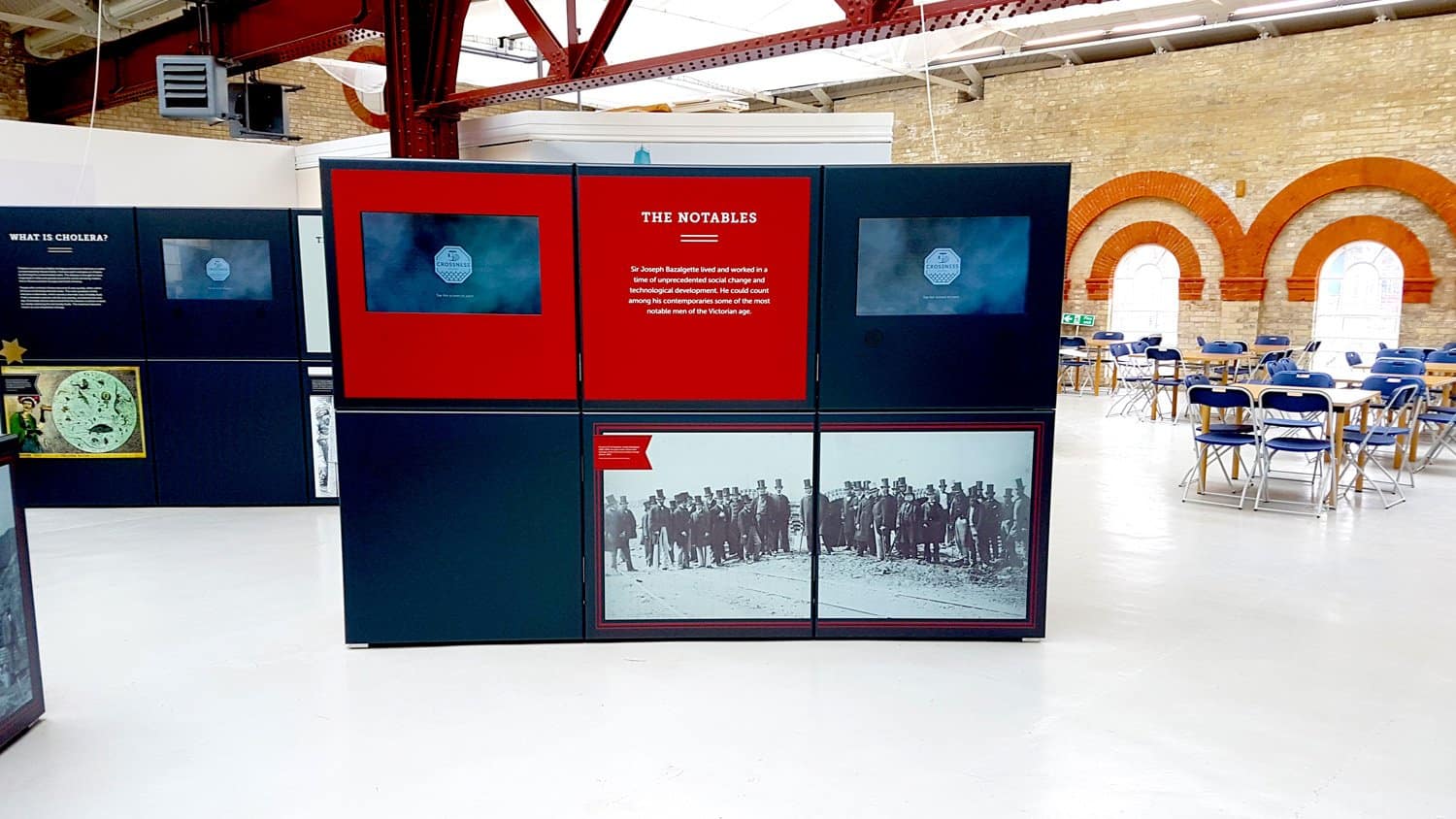 Commercial screens with our VideoClip-HD6 are utilised in various areas each detailing a different aspect of The Great Stink, covering topics such as Cholera, the bacterial infection that came as a result of the contaminated water, The Miasma Theory which centres around the quality of the air directly effecting the health of an individual, and Joseph Bazalgette who was the pioneer of the sewage system that resulted in the creation of Crossness.

Our 52″ Multi-Touch Sleek touchtable was also used as well as other touchscreen systems, each displaying various bespoke software interactives designed to provide visitors with a deeper understanding of the topic at hand in an engaging and age friendly way.