{
Constructed from extremely hard wearing high pressure laminate, the sign has been well received since its installation and has been credited for giving visitors more insight into the short life of Dic Penderyn.
St Mary’s Church in Neath Port Talbot is the burial place to the most famous Welshman of the 19th Century, Dic Penderyn. Penderyn was a labourer and a coal miner who was hanged for stabbing a soldier during the 1831 riots in Merthyr, despite numerous pleas of innocence from himself and the public. His innocence was only revealed many years later, when another man confessed to the crime on his deathbed. Penderyn’s name has become synonymous as a martyr for change within the Merthyr Valleys. 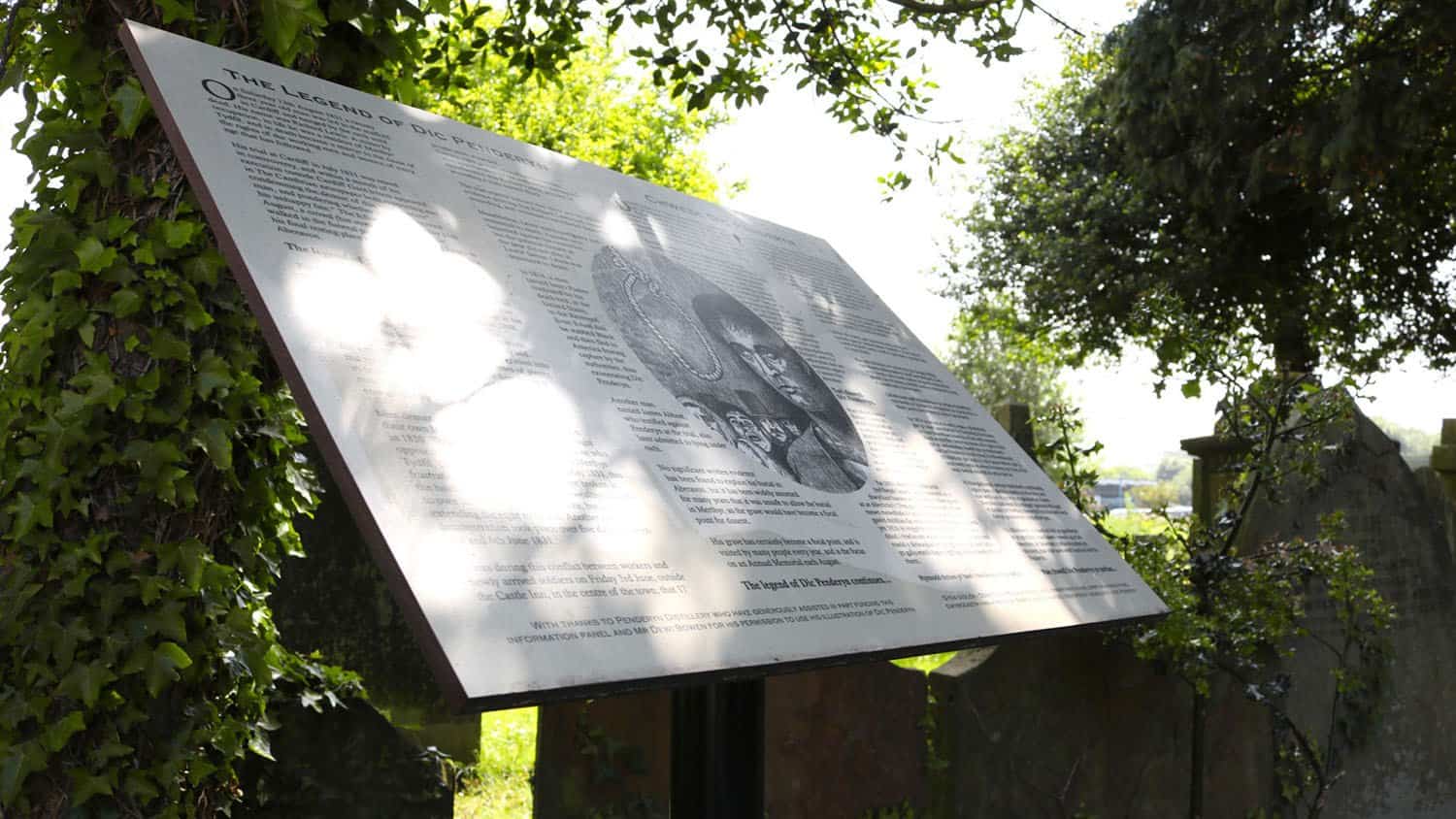 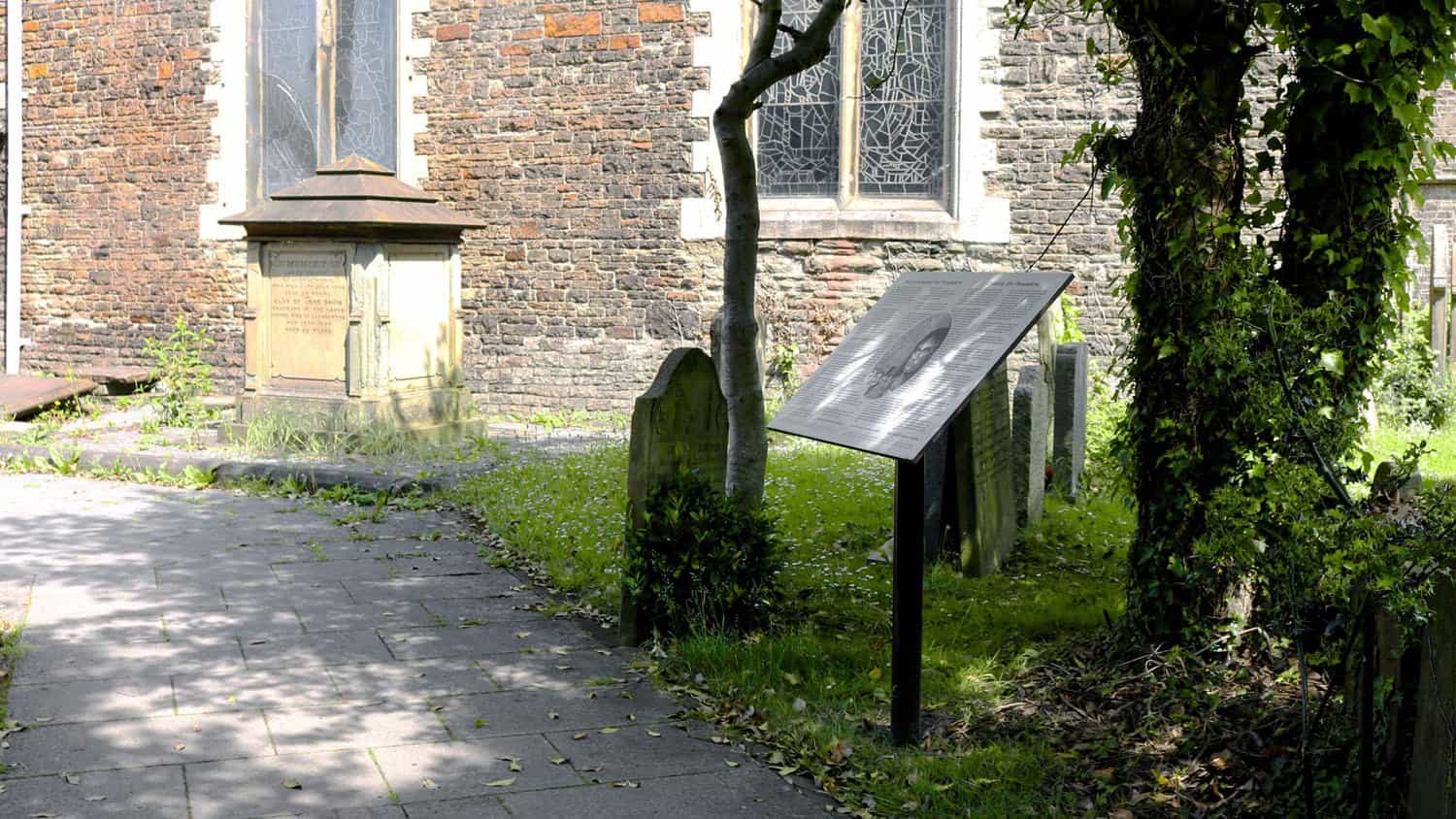 We were contacted by St Mary’s Church to provide a free standing outdoor sign that would be located by the graveyard, telling the story of the famous Welshman and his lasting legacy. His story is told in Welsh & English, and covers the events that transpired in August 1831 and the lasting effects it had in later years. 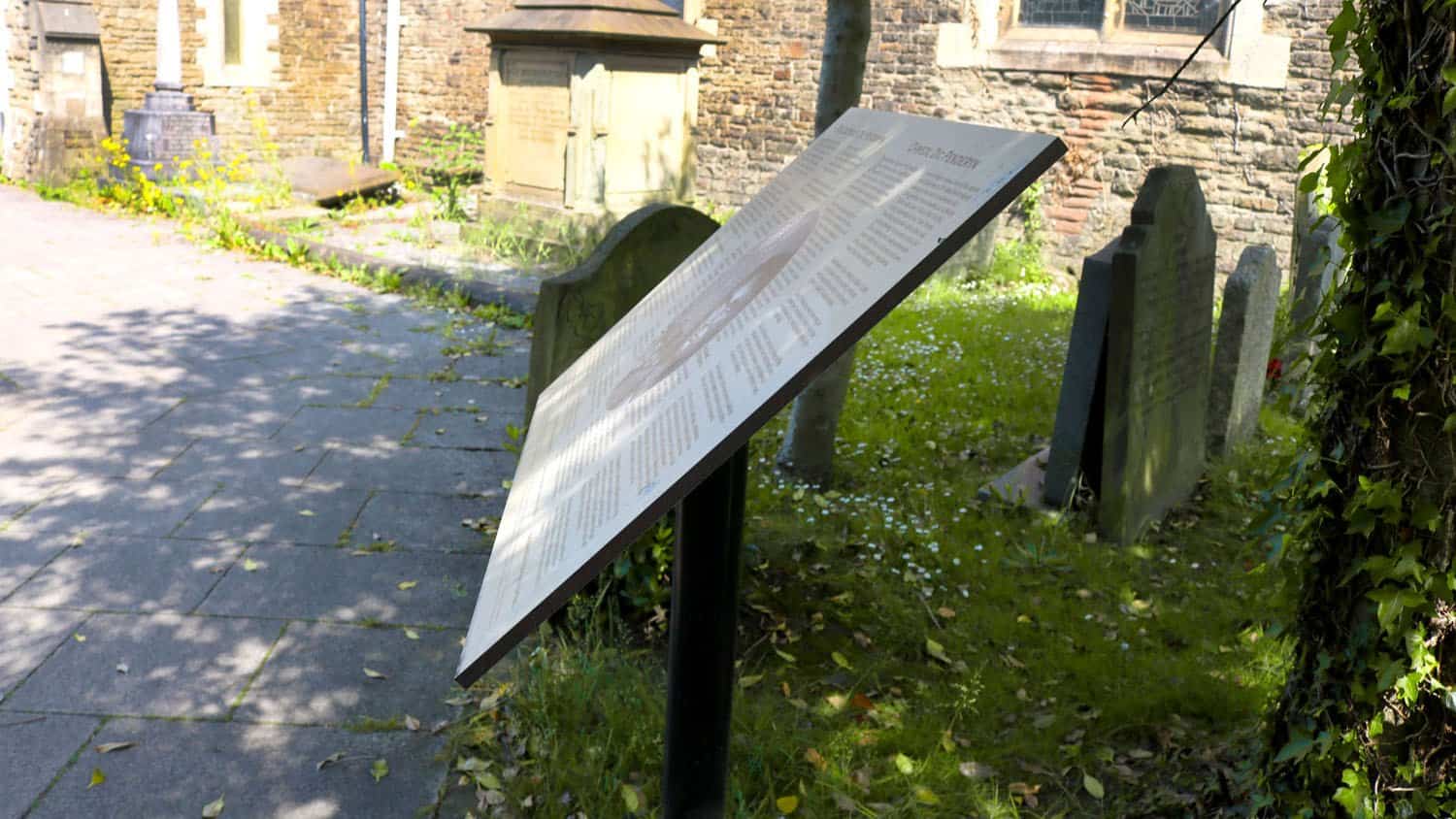 Constructed from extremely hard wearing high pressure laminate, the sign has been well received since its installation and has been credited for giving visitors more insight into the short life of Dic Penderyn.