7 bespoke AudioSign Turns were utilised at Duxford, alongside special ‘stamps’ built-in that are used by younger visitors to complete fun activity sheets. The U-Turns and stamps combined with informative signage has created little ‘hubs’ of interest along the once sparse route between larger attractions.

Duxford Airfield was constructed nearing the end of World War I and saw action throughout World War II, it remained operational until 1961 when it was abandoned due to its non-strategical position and high cost for a required retrofit; although interestingly it saw use once again when the 1968 film ‘The Battle of Britain’ was recorded there. After a long span of little use The Imperial War Museum eventually joined with Cambridgeshire County Council to purchase the Airfield in 1977 for display of exhibits too large for their London headquarters.

Now home to the Imperial War Museum Duxford and the American Air Museum; the airfield is steeped in history, in fact No.19 Squadron stationed there during the Second World War were the first RAF squadron to fly the iconic Supermarine Spitfire. 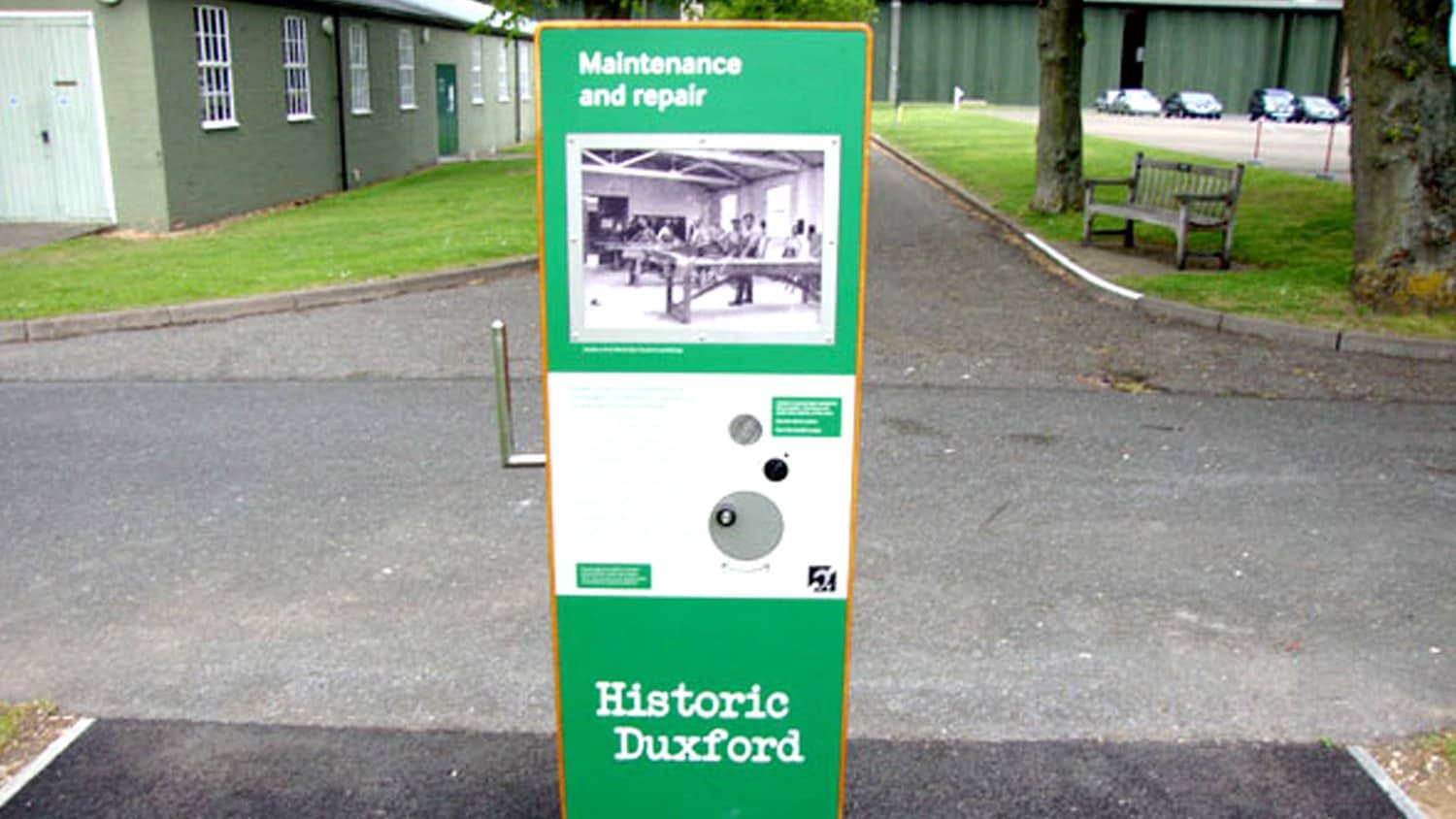 We were contacted in early 2012 with the request of a meeting to discuss our range of outdoor audio points for the upcoming ‘Historic Duxford’ project. Originally the plan was to use our standard U-Turn Round at various points around the site to bring an outdoor interactive audio element to the visitor journey which could engage blind or partially sighted visitors as well as their sighted family and friends. Upon discovery of the AudioSign Turn option (the U-Turn electronics built into signage) this strategy was adapted to involve a custom structure (designed and supplied by Paragon).

Duxford is an impressive museum, around the airfield you’ll find large and small hangers full of recognisable aircraft and other military vehicles including tanks and even boats. However the majority of points of interest are located indoors, which is something this recent project aimed to remedy. Traditional signage is somewhat one dimensional, adding audio is a popular answer to this however the barriers involved can be hard to overcome. Power is the biggest restriction coupled with longevity, operating outdoors requires weather resistant equipment. Both of these issues are conquered with the U-Turn; offering a weather resistant device that is windup powered, meaning no mains power is required. 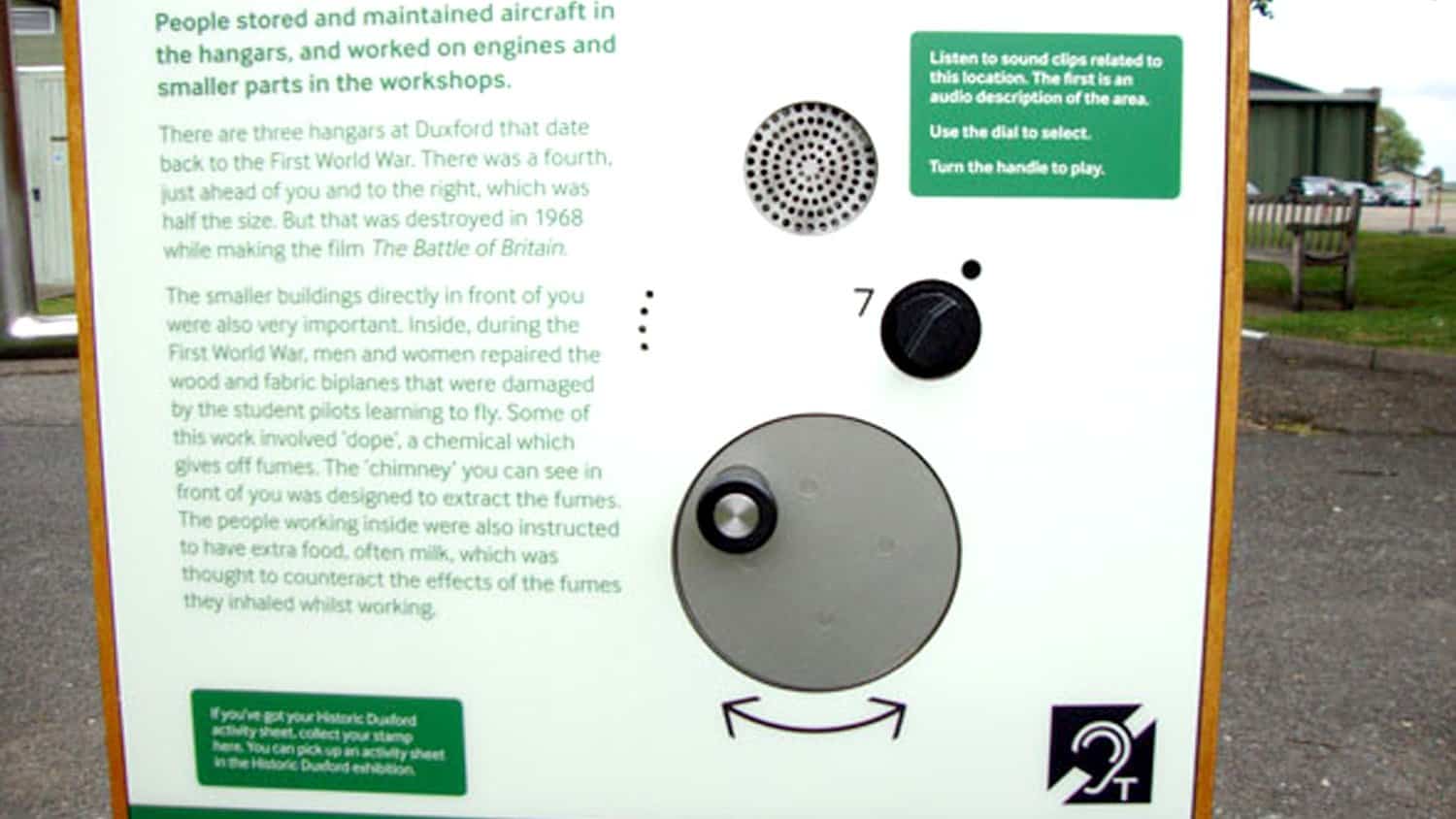 7 bespoke AudioSign Turns were utilised at Duxford, alongside special ‘stamps’ built-in that are used by younger visitors to complete fun activity sheets. The U-Turns and stamps combined with informative signage has created little ‘hubs’ of interest along the once sparse route between larger attractions.

The project has been a massive success, with the AudioSign Turn models greatly adding to the already impressive visitor experience at Duxford.