{
Along the limestone path in the sanctuary lies our U-Turn Round, currently named as the ‘Frog Wheel’. Our Australian distributor Armsign, were approached by the city council to provide an outdoor audio point to specifically focus on the newly restored wetlands.
As part of an ongoing partnership designed by the City of Bayswater in Perth, Australia the Eric Singleton Bird Sanctuary has recently been restored. Named after the late conservationist Eric Singleton, his desire was to preserve the wildlife around the Swan River system. The wetland had fallen into disarray for a number of years and the ambitious project to restore it was spearheaded by the City of Bayswater and the Department of Parks and Wildlife. The sanctuary has since been recognised for a number of awards, becoming a popular tourist attraction for the local community.

Along the limestone path in the sanctuary lies our U-Turn Round, currently named as the ‘Frog Wheel’. Our Australian distributor Armsign, were approached by the city council to provide an outdoor audio point to specifically focus on the newly restored wetlands. Being decorated with Armsign’s signature and full colour Polycure paint, the U-Turn took on a colourful transformation, informing visitors on frog species in the wetlands. Each track plays a different frog call as well as, listing the frog’s location. 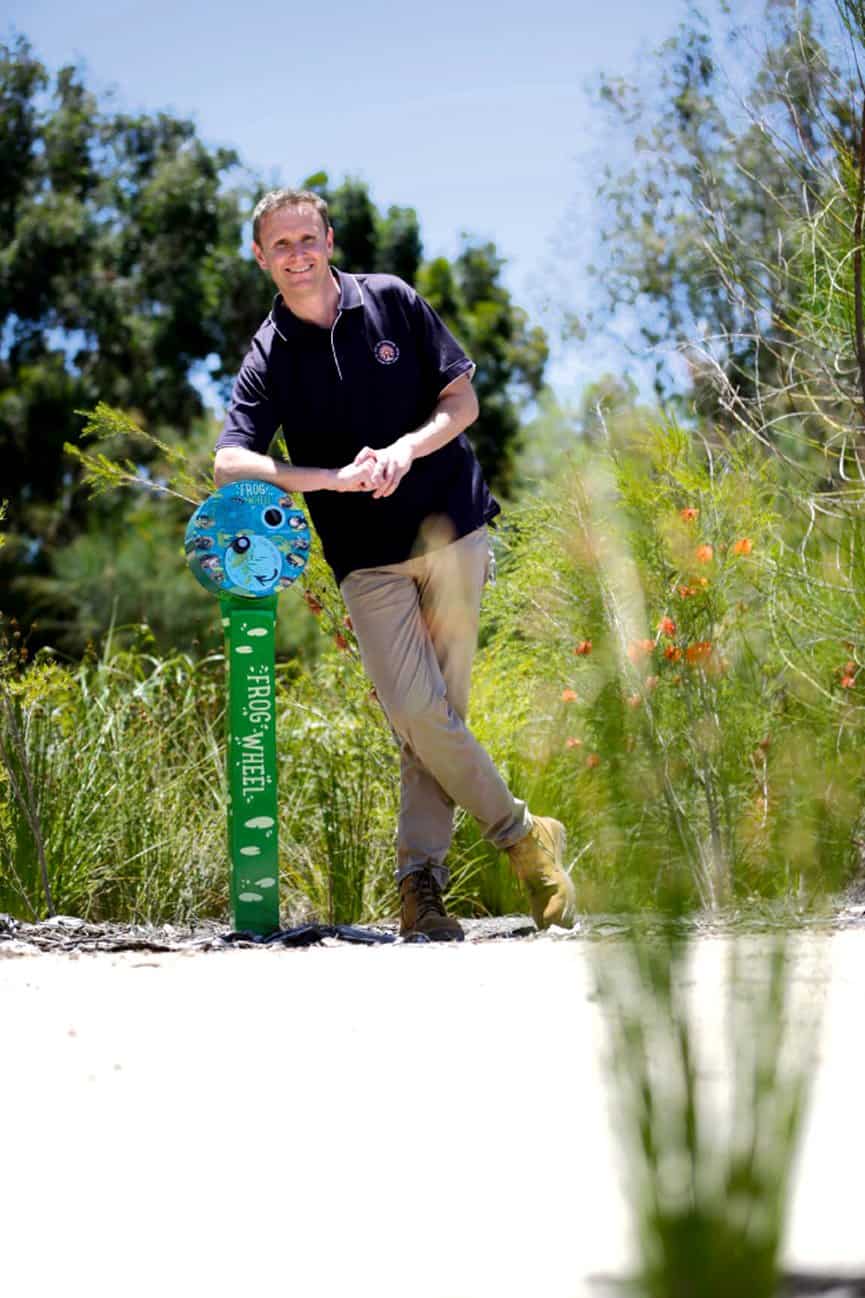 Since the U-Turn’s installation, it has been a huge success with visitors (particularly schoolchildren) creating a closer engagement with the community.