{
A blockbuster event which is proving to be one of the most popular exhibitions in recent years!

1001 Inventions is an educational initiative that promotes awareness of Muslim contributions to science and technology in modern society from the 7th century onwards. The exhibition was driven by the Foundation for Science, Technology and Civilisation (FSTC) and is produced in association with the Jameel Foundation. 1001 Inventions exhibition launched at the Science Museum in London in January 2010 and remain there until the end of June 2010. In the first week of opening the exhibit received just over 20,000 visitors. 1001 is planning to visit 30 major cities over the next four years across five continents. 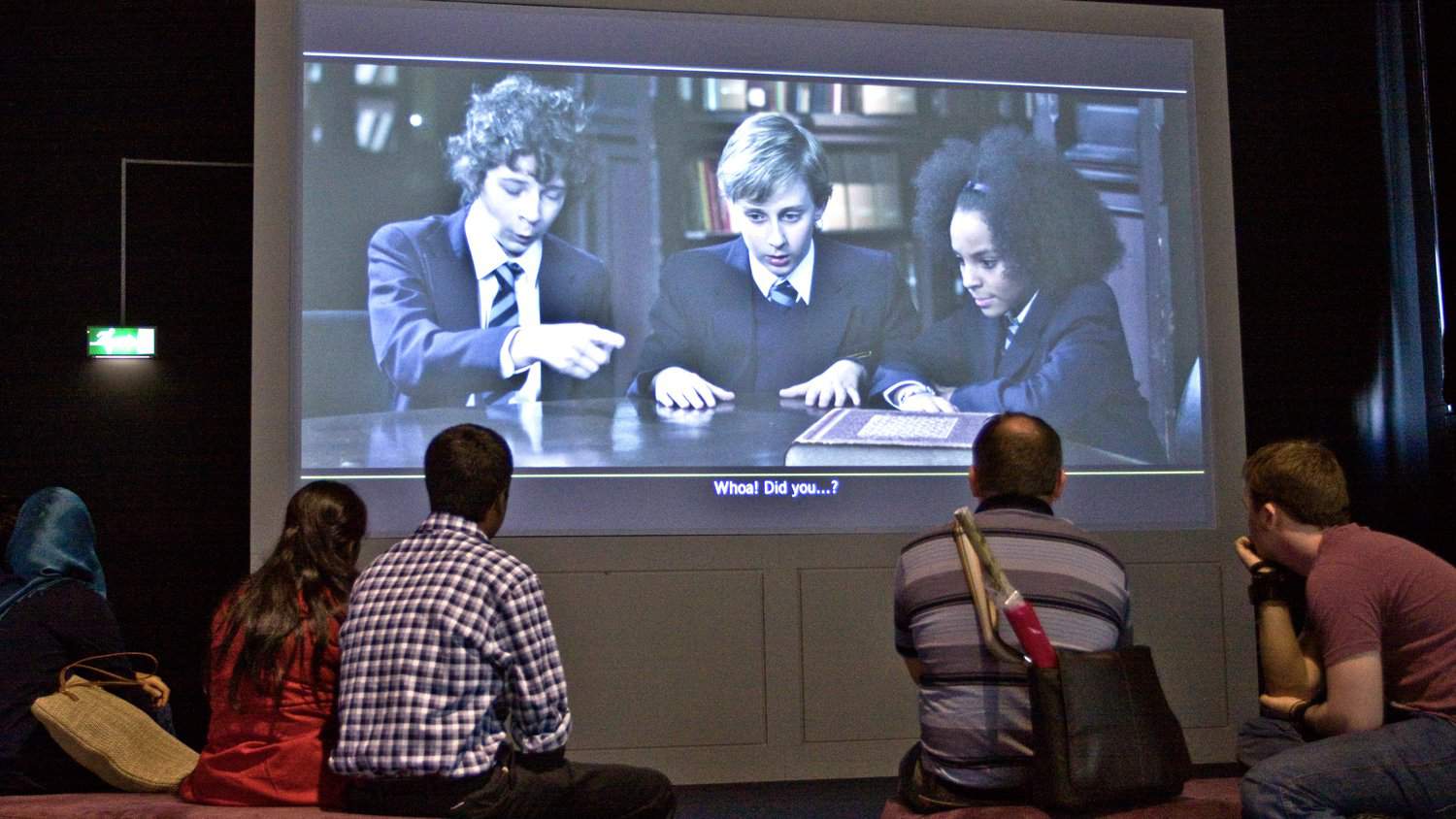 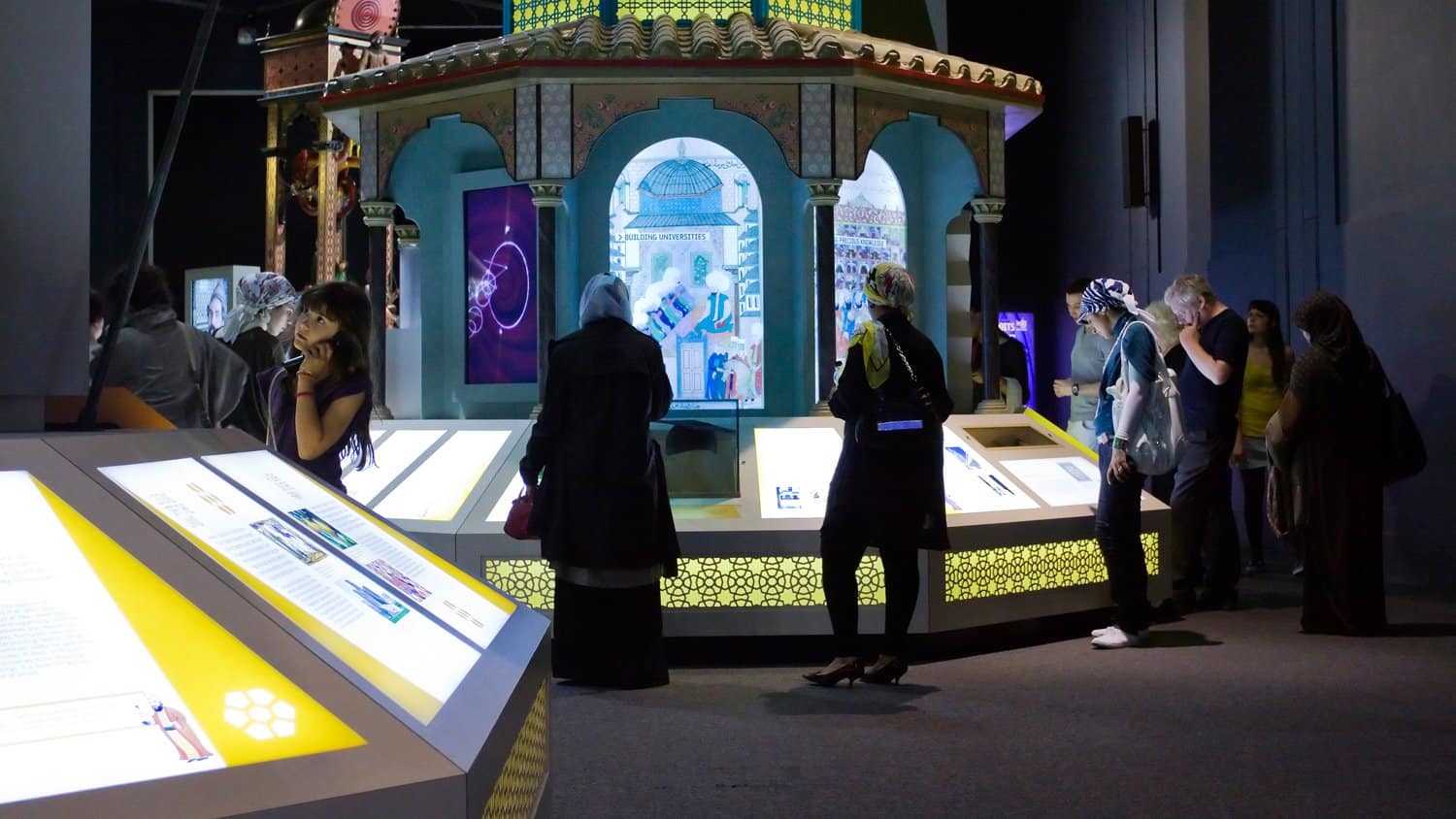 The 1001 Inventions exhibition features more than sixty interactive exhibits, spread over 600 square metres, featuring reproductions of amazing feats of engineering, electronic games and multi-media showcases and a feature film including Sir Ben Kingsley. Split into seven zones, each representing a different sphere of scientific and cultural achievement, the 1001 Inventions exhibition brings to life a Golden Age of Discovery that had a huge, but hidden, influence on the modern world. 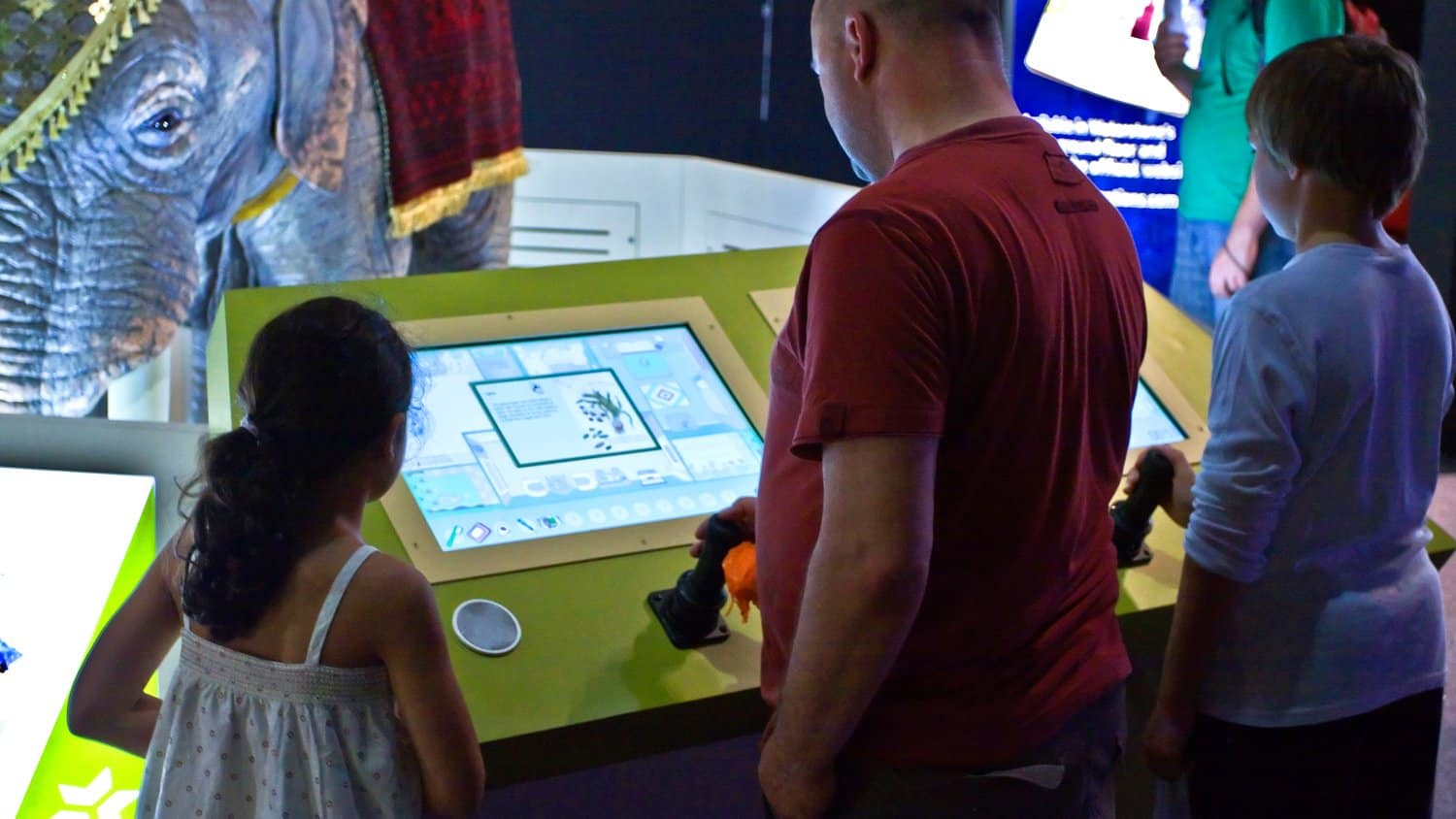 Knowing the exhibition would need to be put up and taken down frequently meant that the av solutions supplied by blackbox-av needed to be extremely robust yet easy to set up. Using carefully selected connectors and colour coding resulted in a simple plug and play back-end solution that could not be connected incorrectly. 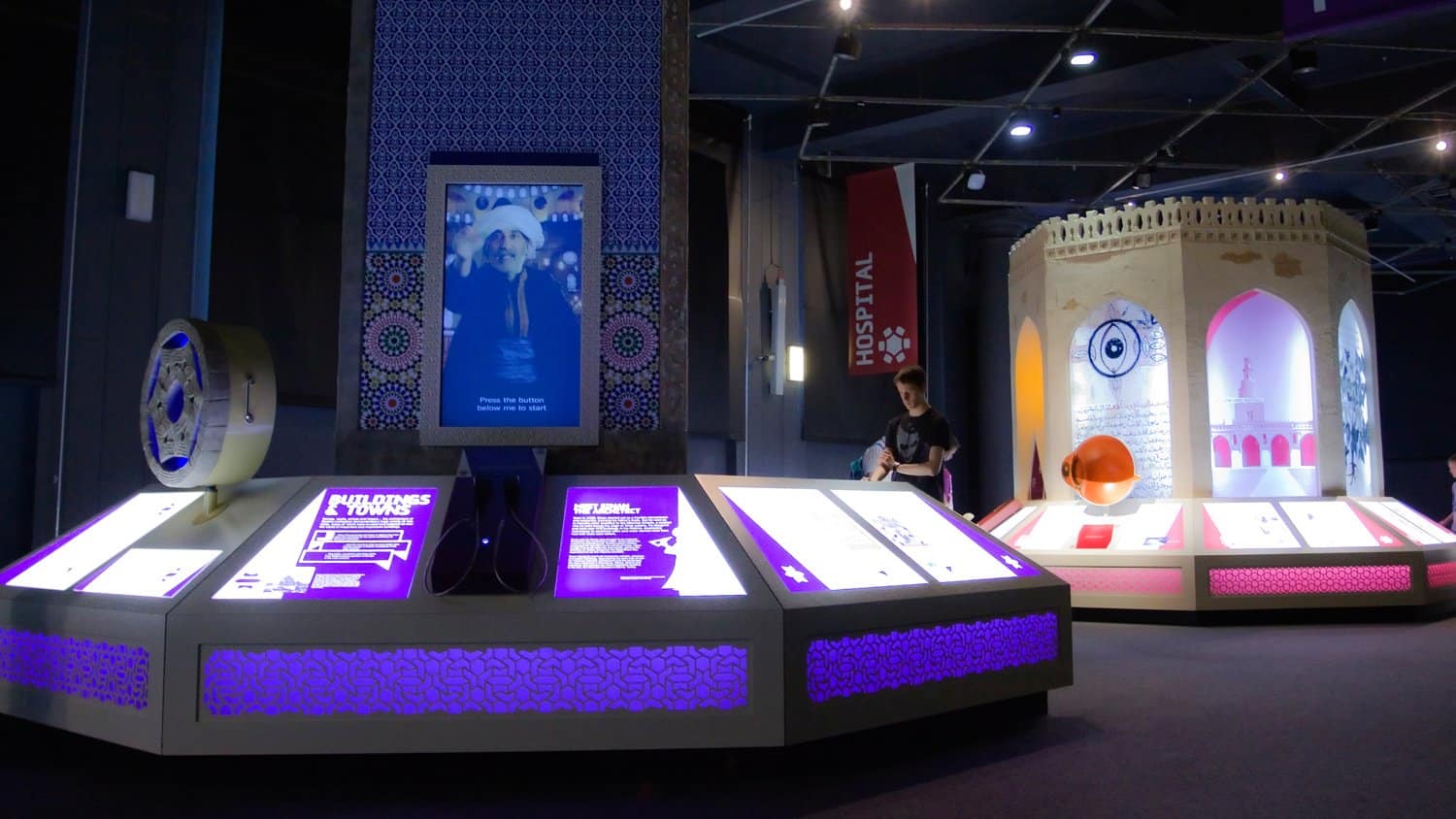 The range of av equipment used within this exhibition include hand held audio handsets with button activation and induction loops to communicate an overview of each zone. Interactive games used large touch screen monitors and joy sticks. Plus a huge 20ft screen was powered by a powerful projector displaying the feature film.

-Foundation for Science Technology and Civilisation

Did you know we sell our extensive range of off-the-shelf audio visual products on our online store?
visit shop
This website uses cookies to improve your experience. Click 'Ok' or just continue to use our site and we'll assume you're fine with that. OK Read More
Privacy & Cookies Policy
Necessary Always Enabled