Designed and manufactured by us specifically for museum and heritage applications, the VideoFrame 12 can play up to 12 videos at the push of a button. Content can be added and removed via the included SD card, and the front button panel is simply artwork that can be easily interchanged.

Castle Coole is a late 18th-century neo-classical mansion found in Enniskillen, Northern Ireland. It has been described as one of the finest examples of neo-classical design and symmetrical features in Ireland and is a very popular tourist attraction. Visitors to Castle Coole are taken on a guided tour of the mansion that provides a real ‘upstairs downstairs’ idea of the time period, with the tour delving deep into the workers area below stairs, as well as above ground where the Earls of Belmore lived. It is managed by the National Trust although in an interesting arrangement the owners still live on the grounds.

Castle Coole is particularly unique because of the fact two architects worked on the building without collaborating. The basement and worker areas were designed by an Irish architect Richard Johnston, while the rest of the mansion was designed by English architect James Wyatt after Johnston was dismissed. Instead of beginning the project anew Wyatt simply continued from the ground floor up. Thus making Castle Coole rather unusual in nature and a place of particular interest. 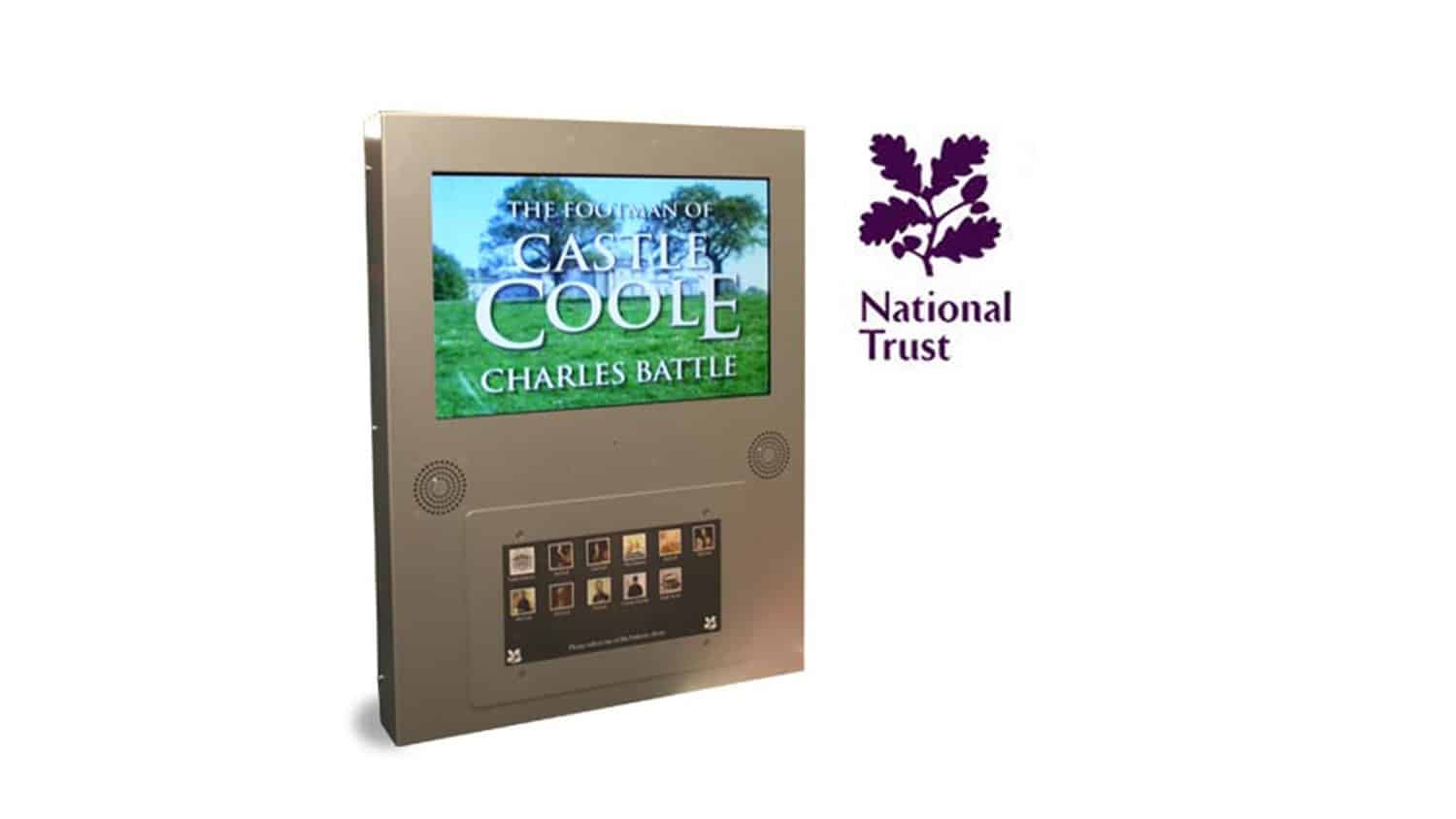 We were approached by the powers that be at Castle Coole who needed a video kiosk with the ability to present a number of different short films, from which users could choose what to watch. The content to be played consisted of 11 videos each sharing a piece of the history of Castle Coole, from it’s early history to information on each of the Earls who have called it home.

The kiosk needed to be durable and able to function in cold conditions due to its desired location being in the Castle Coole basements, which surprisingly get very cold during the winter months!

The answer was our VideoFrame 12. Designed and manufactured by us specifically for museum and heritage applications, the VideoFrame 12 can play up to 12 videos at the push of a button. Content can be added and removed via the included SD card, and the front button panel is simply artwork that can be easily interchanged.

The VideoFrame 12 kiosk proved to be exactly what was needed and was installed in March 2012, it has been effectively serving visitors ever since. Find out more about Castle Coole and the VideoFrame 12 by using the links above.