We were asked by Bury Art Gallery, Museum and Archive to provide visual and interactive content for a newly renovated section of their museum. blackbox-av were tasked with providing a looping visual sequence using archive film footage from around the town of Bury over the last century. This display was to be flanked by two touch-screens. The interactive display upon the screens detailed, among other things, the progress of the renovation from start to finish and objects from the museum’s collection that they were unable to display. In essence it’s a look into the things that the visitors would normally be unable to see.

Genesis of the Design 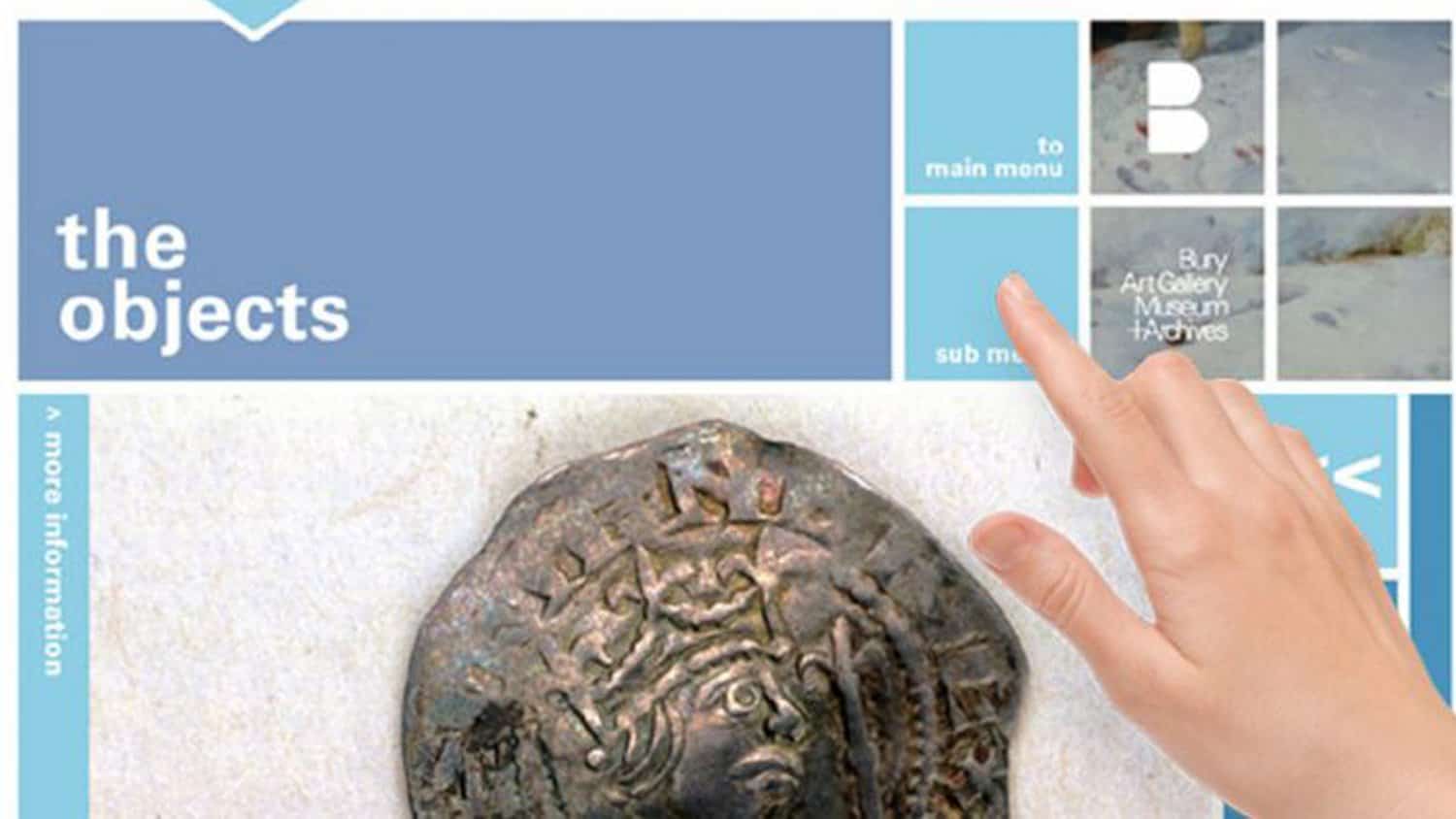 The appearance of the archive footage is based around the idea that the video represents the recorded memories and heritage of the people of Bury. Each one flickers into existence, sometimes overlapping and seemingly randomly placed. The inspiration for the final design of the interactive came from the museum’s experts, but the idea of moving through the interface in both horizontal and vertical space was the inspiration of the blackbox-av creative team at the very start of the process. Our designers have found that if you give the visitor some control over movement within a “virtual” environment, they’re more likely to absorb and digest the information displayed. This is a function of the visitor’s three-dimensional spatial memory, the part of the brain that helps people remember their way in the real world. The clean and minimalist lines of the renovated building itself provided the inspiration for the final interface. The colour scheme was based upon various colour combinations of the organisation’s logo (designed by John Rooney). The design has echoes of a rigid, grid-type-structure much like the renovated gallery itself. The interactive design is very much a concept drawn from the feeling of the space around the display itself. 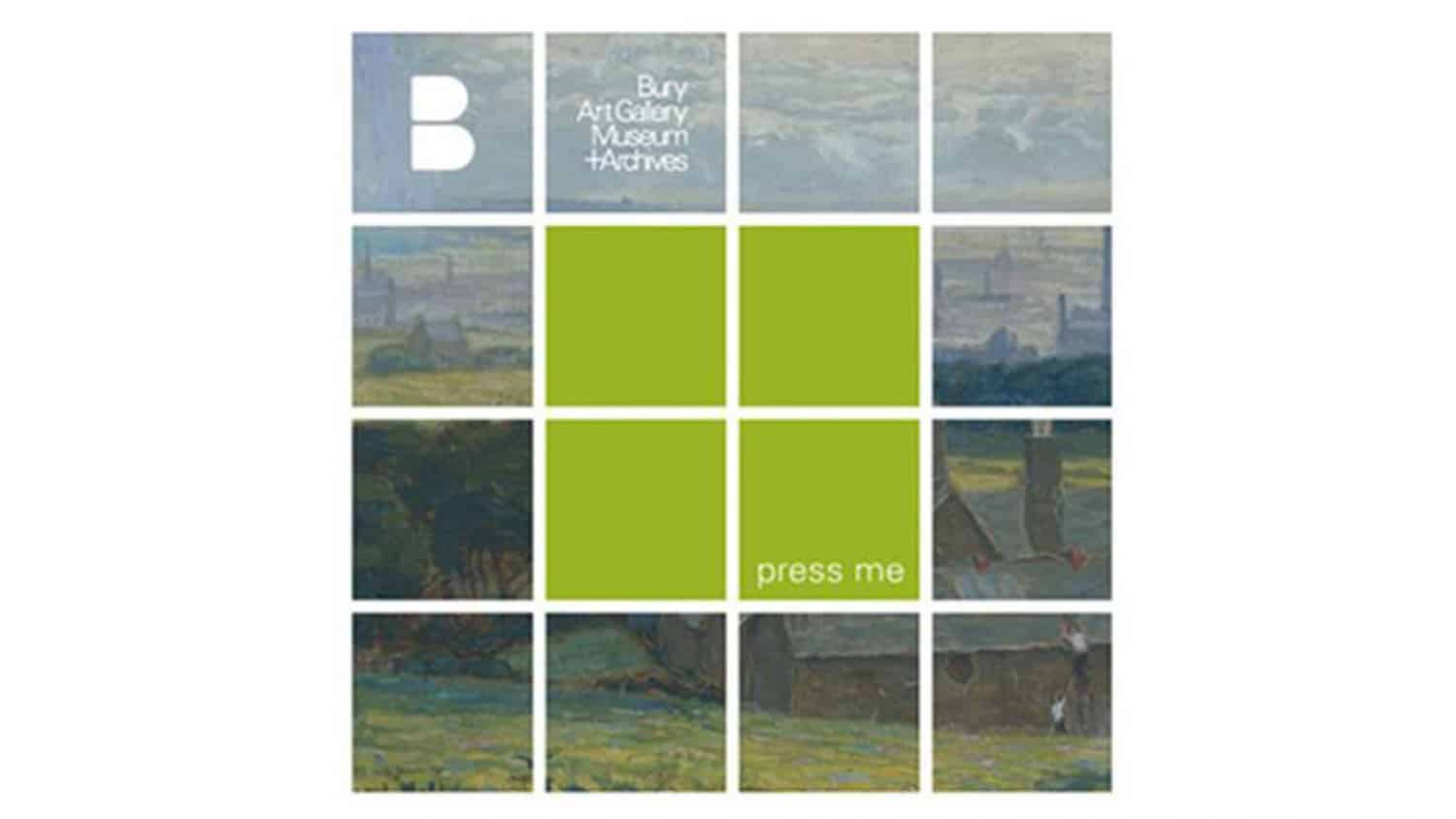 A high performance PC drives each of the wall mounted touch screens. The touch-screen software was produced using Macromedia Director MX with extensive custom Lingo programming. The visual design was accomplished using a combination of Adobe Photoshop and Adobe Illustrator. The archive footage display was completed using Adobe Premiere and Adobe After Effects. The “memories effect” was accomplished using a number of masks and filters on each layer of video. 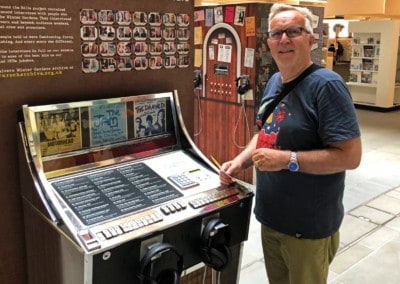 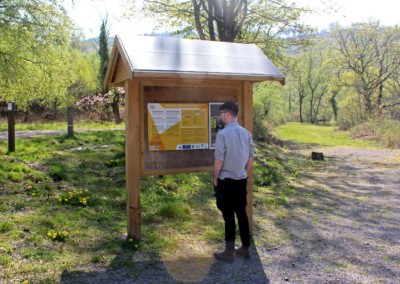 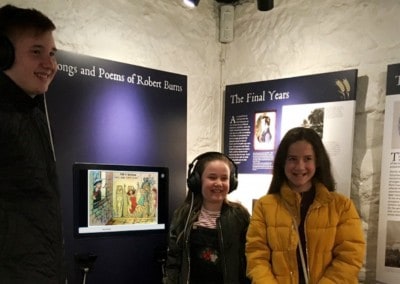