We also supplied countless accessories including handsets, buttons, memory cards, induction loops and a wireless network for the PCs running the interactive displays.

The Bath Postal Museum is the only registered postal museum in the UK dedicated to the history of written communication. A £238K Heritage Lottery Fund grant has enabled the museum to revitalise itself whilst relocating to a new home.

The new Bath Postal Museum is located in the same building as the old Bath Post Office. This is the building from which the first stamp was sent from anywhere in the world! The building was once a post office in the 19th Century and it has been suggested that the Postmaster at the time – Thomas Moore Musgrave attached a Penny Black stamp to his daughter’s letter, on the 2nd May 1840. This was then posted four days ahead of the stamp’s official release date. 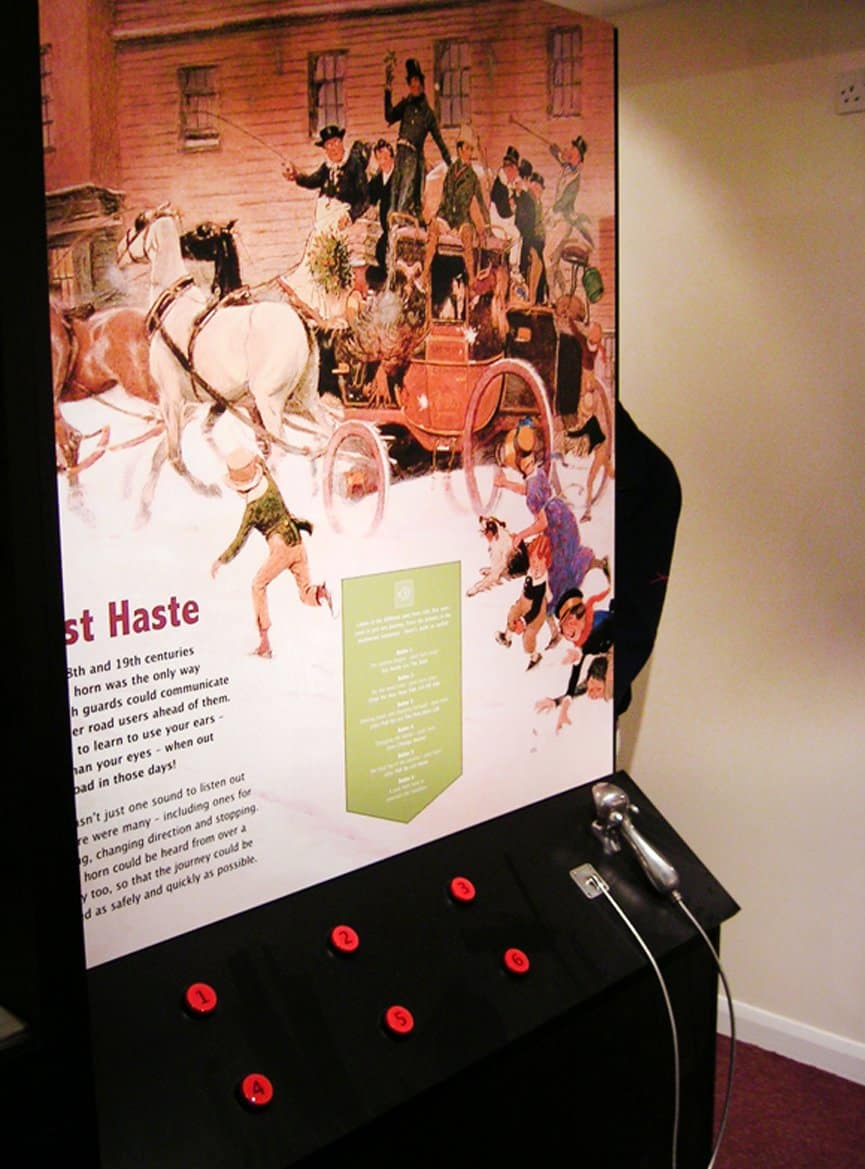 Imagemakers designed the new museum, which holds many rare and important artefacts linked to the development of the Post Office, British post boxes and Post Office uniforms. Blackbox-av ltd was tasked to supply a wide range of specialised av equipment. This included five large portrait mounted LCD screens, several sound stores, numerous speakers, three video players and two touch screen information kiosks. We also supplied countless accessories including handsets, buttons, memory cards, induction loops and a wireless network for the PCs running the interactive displays. Our engineers and project manager liaised closely with the designers and builders throughout the project and ensured that the final installation went smoothly, despite the restricted underground location and complex building works proceeding around them.